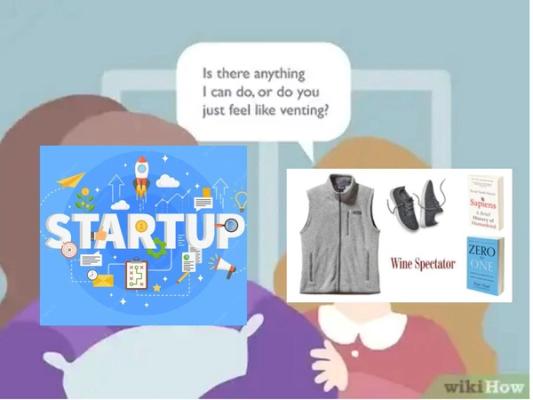 It’s said that the pen is mightier than the sword.

Having never met a sword intimately, I don’t dare comment; however, one thing is for sure: words are powerful.

Perhaps no one understood this more than award-winning screenwriter Robert Pirosh. In a timeless cover letter, he wrote:

I like the word screenwriter better than copywriter, so I decided to quit my job in a New York advertising agency and try my luck in Hollywood, but before taking the plunge I went to Europe for a year of study, contemplation and horsing around.

I have just returned and I still like words.

May I have a few with you?

Per the above, words take on very many shapes and sizes. They can rouse and rescue, infuriate and imply, hurt and heal, trick and terrify.

Just ask Ronald Reagan, who famously said, “The nine most terrifying words in the English language are: I’m from the Government, and I’m here to help.”

As with Reagan and government, so too with founders and VCs.

In fact, a Stonker recently overheard the following at Palo Alto’s Coupa Coffee:

The nine most terrifying words in the English language are: Let me know how I can be super helpful.

Unfortunately, people seldom say what they mean and mean what they say. After all, actions much more loudly than words.

To kill the metaphor, if most investors are single-ply, our friend Sam Huleatt is Charmin Ultra Soft. 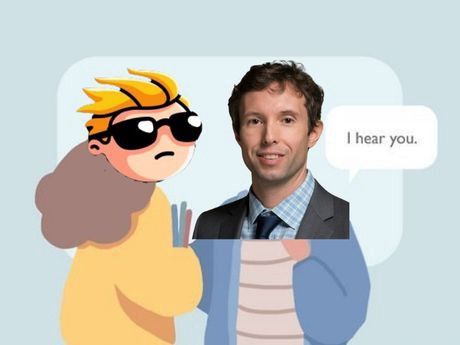 Angel investor extraordinaire, Sam has co-founded two startups (one exit, one eight-figure revenue) and served as an investor and advisor to many, many others. He currently serves as the Director of On Deck Angel Fellowship.

In light of all of the sh*tty investors out there (I couldn’t help myself…), we turned to Sam to learn his secret sauce behind all these stellar testimonials:

I have interviewed, educated, and in many cases co-invested with literally hundreds of angels over the past decade.

What follows are the lessons I have learned on what it means to be an exceptionally-helpful angel investor and why the returns of the most helpful angels outperform.

Elite angels generally have a reputation for being incredibly helpful. The harsh truth is that for the best opportunities, capital is often a commodity. It’s what comes with that capital that separates the legends like a Sequoia or a Ron Conway from the rest.

This becomes a virtuous cycle, a self-fulfilling prophecy of sorts. Being sought after is superpower built via a combination of track record and reputation.

Reputation is what is most within an investor’s control and really comes down to what I call an individual’s “helpfulness quotient.”

Reputation is powerful; it supersedes even credentials like where one went to school or where they worked. More, it’s also independent of check size. Sometimes investors with the smallest checks provide the greatest amount of value.

Below are five ways I have seen the best angels leverage helpfulness to build their reputation:

Unsurprisingly one of the most helpful things angels do is provide capital to founders. But there is nuance here.

The timing of capital commitments matters a ton. Belief capital refers to angels committing to an investment pre-signal. Seeing something before others do. Most angels like to invest when an investment has been de-risked through a strong lead investor, demonstrable traction, or general consensus. Helpful angels tend to commit before others: they are willing to invest early and vote with their dollars. They often a founder's first yes, willing to underwrite to the qualitative rather than the quantitative.

The most helpful angels are catalysts. They seek ‘angel-opportunity fit’: investments where they know they can provide outsized value. They immediately help create momentum, often through key introductions and feedback. Angel checks are like votes of support or co-signs, they provide marketplace validation for other investors. This validation is crucial for early fundraising momentum as most investors only look at deals via warm introduction and often invest as a pack. The first few commitments act like a snowball, propelling founders toward a critical mass of investors. Momentum around validation also attracts new customers and hires.

Founders often struggle with constant context-switching: zooming in and out from microscopic details of execution to more macroscopic concerns like strategy and fundraising. I’ve found the most helpful angels are often the ones who can act as a “GPS” gently guiding founders around prioritization, helping them see around corners and focus on the rocks, rather than the sand or pebbles. First-time founders in particular can get distracted by tackling urgent, but unimportant tasks. The most helpful angels can introduce key concepts and frameworks like OKRs and share the market standards and benchmarks future investors will home in on.

While angels can provide proactive guidance, oftentimes simply listening and supporting founders through a startup’s peaks and troughs is just as important. Angels occupy a privileged position: because they get involved early, founders are comfortable sharing “less polished” thoughts and strategies. Conversations with angels often lack the pressure experienced with institutional investors. While angels are often knowledgeable like a VC, the best angels tend to listen without feeling the need to pass judgment, dole out advice, or solve problems on the spot. Many top angels are happy to communicate with founders in more intimate ways, such over coffee or via text message. Founders want to know that when they put out the bat signal their angels are going to make time even if it’s late at night to convey less than stellar news.

The most helpful angels typically have a game plan once they’ve committed to invest. In general, angel involvement tends to be spiky: angels are often very involved at the onset—helping bring a round together and perhaps making customer or future hire introductions. However, the most helpful tend to serve as what I call “Cap Table Captains.” These angels help founders leverage their investors. Angels can push founders to regularly send ask-oriented investor updates and take advantage of platforms like Cabal to leverage the collective networks and intelligence of their investor community.

I’ll leave you with some inversion: a list of how not to be helpful.

That’s it. It’s both simple and easy.

Rather than asking “how can I be helpful?” follow the above advice to arrive at your next founder meeting with fewer questions and more answers.