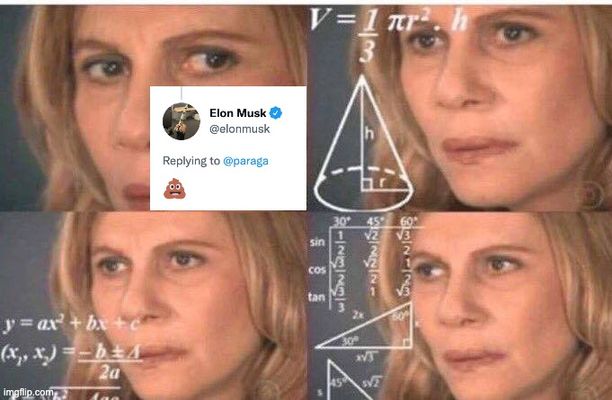 There's a lot of different information flying around around whether or not Elon will actually buy Twitter. He's tweeting about there being too many bots and putting the deal on hold. Parag is saying they're still committed to the deal and supposedly popping celebratory champagne in the NYC office. The fact of the matter is that $54 a share feels a bit high considering the $37 it's sitting at today so it's not all that surprising that Elon would try to come back the table to renegotiate. It's my (semi-uninformed) personal opinion that they're going to push through this at $54 or lower - not because of the legal framework that binds Elon or the bankers involved that want to take home some big fees before they head out to the Hamptons for the Summer - but because it's actually the right move to make Twitter a better platform.

Over the past 10 years Twitter has been the tech equivalent of a naturally gifted athlete or artist that doesn't quite have the discipline to be exceptional. Twitter has the potential to be in the conversation with companies like Google and Facebook boasting ~50% margins, but they have consistently underperformed and largely stagnated since their IPO in 2013. Going private is an opportunity to think long-term without Wall Street breathing down your neck every quarter. Going private gives Twitter a better chance of breaking out of their funk and becoming the platform it has the potential to be.

Click here to check out the full presentation we gave live on Stonks and get involved!