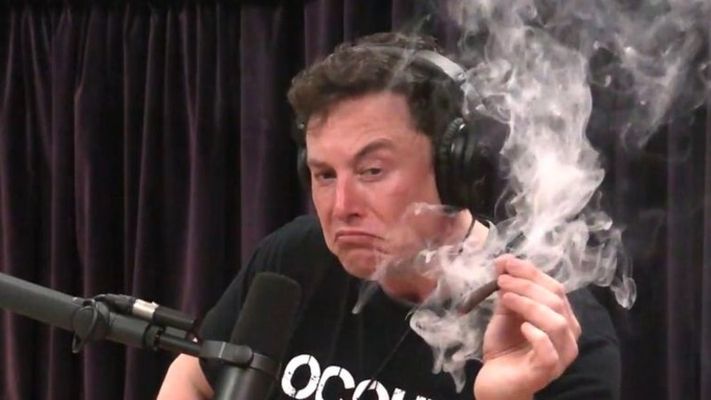 There are so many memes in the Elon genre it's hard to choose. Really happy with where I landed here though. It's classic. It's pure. It leaves room for interpretation by the viewer.

My interpretation? I like to picture Elon having just received news from Morgan Stanley that they're going to have a hard time reselling the debt side of the Twitter deal to institutional investors. Intrigued, Elon raises his brow. "So I could do the deal... without doing the deal?" He ponders.

It's time for me to dust off my Jos. A. Bank intern suit and upgrade my Bloomberg News account because I'm out of free article views and Twitter is back on! (maybe)

According to a legal filing earlier this week, Elon Musk has changed course and agreed to buy Twitter at the original price of $54.20 per share. The stock rallied 22% on the news and is currently hanging out around $52 a share. So people generally think it's going to happen.

I like the deal. We did a live presentation on Stonks explaining why and I even got quoted by The Washington Post which was fun even though they're not big Elon fans. Obviously buying it for cheaper would have been better, but the general idea stays the same on a 5 year time horizon.

The big thing that has changed here are the debt markets. Elon is providing a lot of the cash himself and he was syndicating a chunk of it as well (that's what Stonks was involved with), but there is still a considerable debt piece of the deal. $12.5 Big Ones (Billions) to be exact. $6.5B of leveraged loans, $3B of secured bonds, and another $3B of unsecured bonds - to be a nerd about it.

When this whole thing first started the markets were in a very different place. Morgan Stanley ("MS") jumped at the opportunity to lead the debt side of the deal with the plan to sell off the debt to institutional investors afterwards. They could clip fees and not actually carry the risk in a typical banker pay day arrangement (bastards).

Now though, those institutional investors aren't looking like they're that hungry for risky debt. In particular, that $3B of unsecured bonds - read "I promise I can pay you back" - are looking like they will either have to be carried by MS (unlikely if not impossible) or get sold off at a considerable discount. If they sell for a discount, it will mean hundreds of millions of losses for MS and they typically don't love that.

So what happens? There's a world where Elon isn't able to get the debt side of this deal together and it doesn't happen. I'm not sure what the legal implications of that are, but if the debt doesn't work I don't see how it gets done. MS may also be legally bound to just take the hit here. And with that last sentence I'm officially out of my depth.

Rogue take: The conspiracy theorist in me sees a world where Elon knows this is the case. He sees that the judge isn't going to rule in his favor and is looking for an escape hatch. So if he holds up his end, but the debt falls through is he in the clear? Time will tell.

The last thing I'll say is that some of the big money syndicators that were all in on this last time are taking much more wait-and-see approach now. People still want to bet on Elon in a big way, but the execution risk along with the fact that he has wanted to get out of it makes people hesitate.