There is plenty of VC money 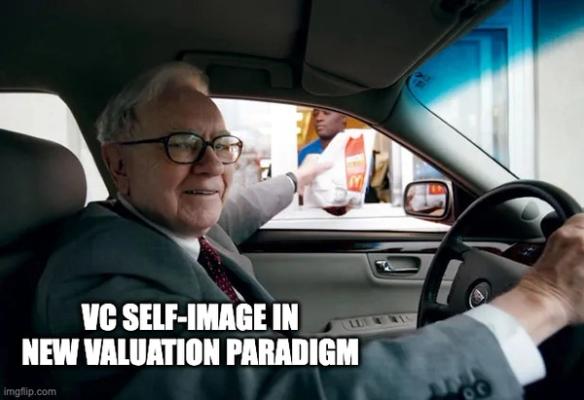 Aaron Harris knows a thing or two about fundraising. He's currently the co-founder of Magid & Co., where he works with founders to scale their startups and navigate fundraising. He was previously a partner at Y Combinator for eight years, where he funded and advised hundreds of companies including Deel, Scale, OpenSea, Ajaib and Rappi. He also built YC’s Series A program, which helped hundreds of companies raise over $3 billion in Series A and B rounds. Before all that, Harris founded Tutorspree, worked at Bridgewater Associates and went to Harvard University.

So when Aaron agrees with something I wrote about a few newsletters ago - I feel pretty smart. That something is this:

Yes, markets are down. Yes valuations are falling drastically. Yes, interest rates, supply chain, potential recession, etc. BUT... Venture firms just came off the one of the biggest fundraising hot streaks ever and they have piled up a lot of capital. They can't just sit on it. They need to deploy it. This is great news for founders who are looking at their Twitter feeds and wondering if there's any hope for their venture-backed dreams. There's plenty of money around and great investors are still looking for great founders.

That all being said - nobody wants to try to catch a falling knife. This is true from secondaries all the way down to the early stages. As Aaron puts it: "A venture capitalist won’t lose their job by sitting on the sidelines and tweeting about fiscal responsibility, but they certainly could by sending a term sheet for a company that quickly does a down round."

Where this all shakes out is much more of a reversion to the mean than some sort of hellscape where great companies can't find the capital they need to grow. What is this so called "mean" we're reverting to? Investors are being more tentative and thoughtful when it comes to pricing. Founders are sharpening their storytelling skills and dusting off those excel models. Founders and investors are spending time to get to know each other before they sign anything.

To end with another quote from Aaron: "Despite the doom and gloom, there’s money available for good startups who tell good stories to good investors. That’s harder to do now than it was, but it may also lead to bigger and better things."