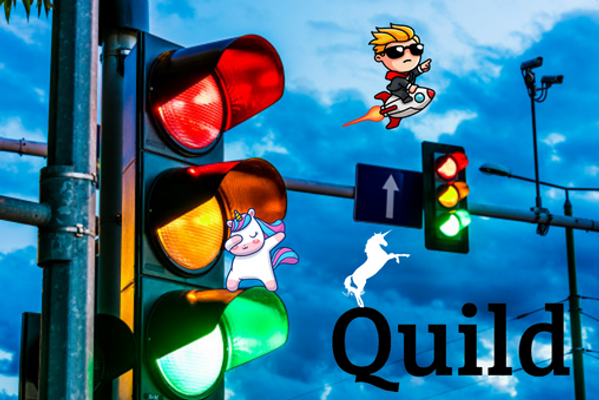 Thanks to the Moneyball Revolution, statisticians and data scientists are the new kingmakers in baseball. Whether Wins Above Replacement (i.e. WAR) or Walks And Hits Per Inning Pitched (i.e. WHIP), there is no shortage of advanced analytics that professionals employ in order to improve outcomes.

Why? Well it not only measures a hitter’s efficacy, but also provides a tremendous archetype for Venture Capital.

You see, VC follows a power-law probability distribution; for the mathematics of a fund to work out, a single investment must have the ability to return the entire capital base. As George Soros famously said, “It's not whether you're right or wrong, but how much money you make when you're right and how much you lose when you're wrong.”

Put simply, it’s not enough to simply reach base; a VC must swing for the fences. This explains the hunt for the ever-elusive unicorn.

But as an Angel Investor, how can you possibly divine which fledgling startup will grow into a strong, galloping company?
To increase our odds (pun very much intended) of doing so, we turned to the man, the myth, the legend behind Quild, Kenn So. In addition to maintaining their esteemed Future Unicorn list, Quild conducts extensive research on private software companies shaping how we work.

The aforementioned power law is in full play here.

The best VCs invest in the best founders and the best founders look for the best VCs with whom to partner. It is a self-fulfilling cycle corroborated by academic research showing that top quartile venture funds persist to be the top funds. Coattail Investing, as it’s called, has existed for a long time in public markets. That said, due to access and illiquidity, it is less common in private markets. Funds like Correlation Ventures pioneered this strategy by co-investing with notable investors. 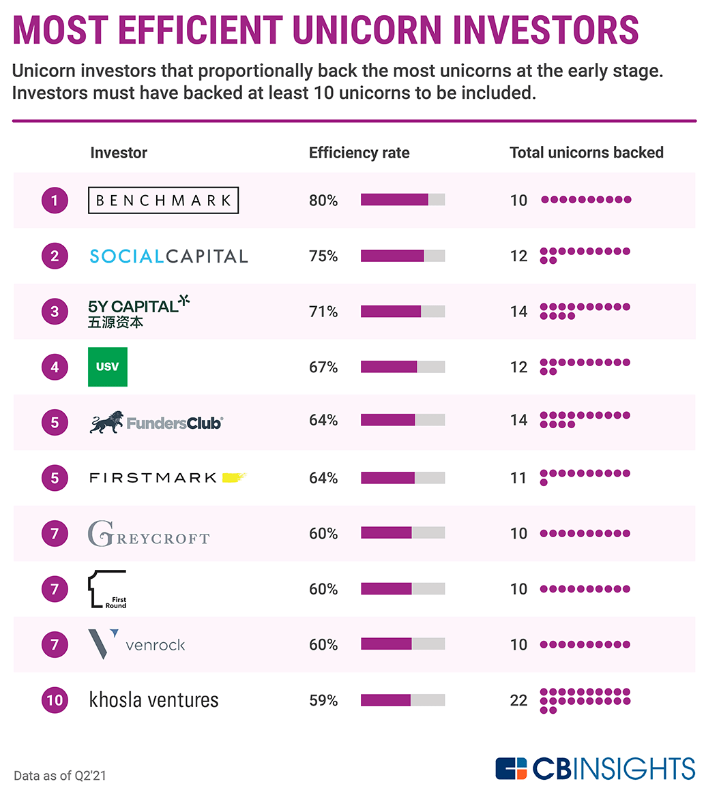 A nuance to make here is that the lead investor (that is, the firm) matters much more than other VCs following on in a given round. Even more specifically, the firm’s individual lead partner provides a valuable signal.
Who are these individuals? Those who are on Forbes’ Midas List consistently. 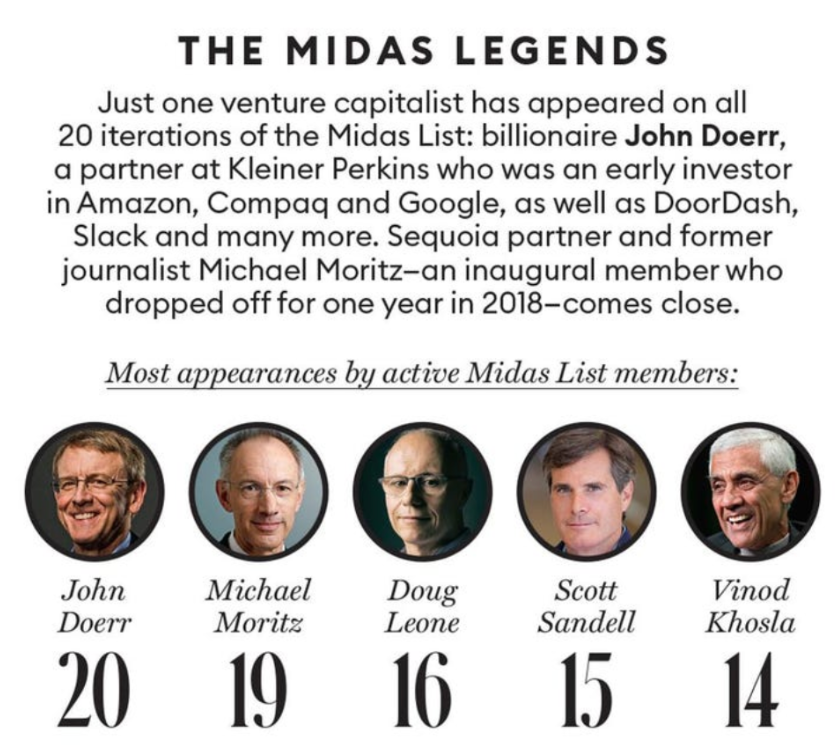 Find VCs who have been placed on the three or more times. Consistency > Luck.

2. Repeat Founders, especially those who have previously Scaled Unicorns

Repeat founders are great because they have been through hell and back (read as: entrepreneurship). It is a lonely job. Founders both have to shoulder all responsibilities and act as the ultimate champion to employees internally and investors, customers, and media externally. They’re a cut above from non-founders. 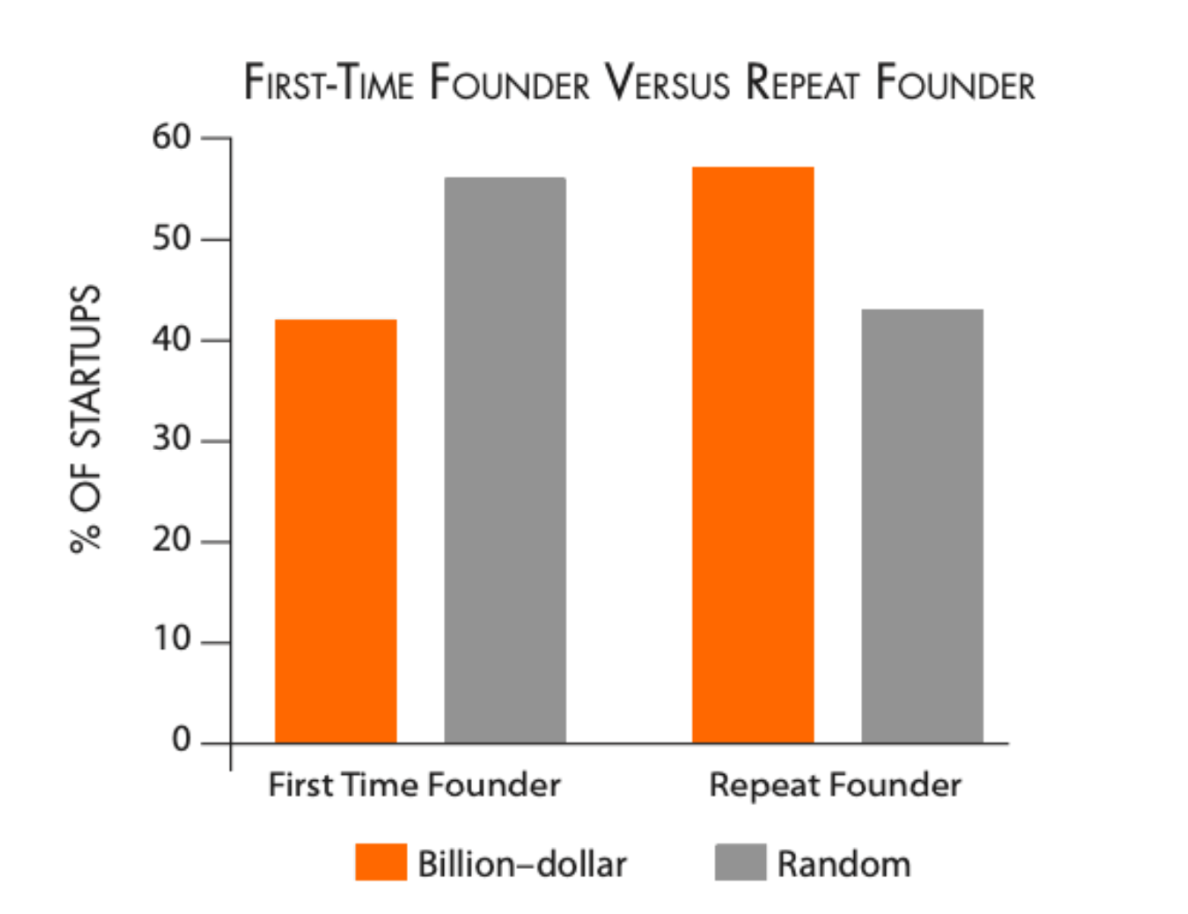 A nuance to this signal is that ideally founders have been backed by venture funds before and have scaled venture-backed businesses. This matters because the path towards a unicorn is different from that of a lifestyle or e-commerce business.

3. People who have worked in at Tier-1 Companies

Despite the points above, angels still ought to back first-time founders. One signal to use is filtering by whether they have worked at Tier-1 companies. Tier-1 companies differ by industry. Within tech, it’s FAANG - Facebook, Amazon, Apple, Netflix, and Google - and other household “Big Tech'' names. Within finance, it's the likes of Goldman Sachs, Morgan Stanley. This includes universities as well. There are many professors out there who stumble upon breakthroughs in research that are then commercialized.

Though talent can very much come from anywhere, this credentialism matters because it signals the ability to cut through the competitive process by intellectual merit or hustle. More importantly it’s the collegial network built during founders’ tenure in those Tier-1 companies that can serve as foundational early team members. 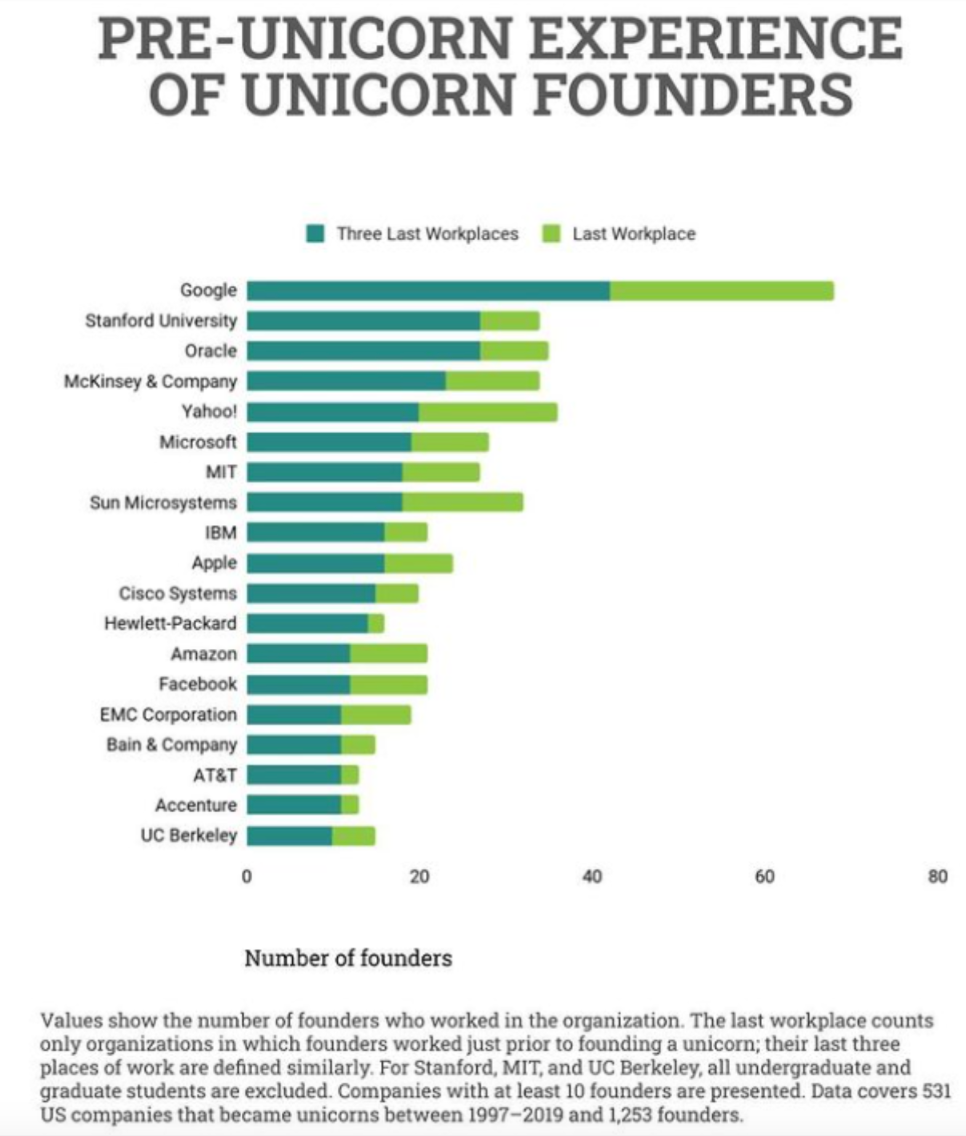 Invest in Companies You Believe in

There are more predictive signals that investors might find useful, but to each angel his/her own. Unlike public markets—where profitable investment patterns are arbitraged out—venture investing amplifies existing patterns. Because of this, there are patterns both Stonks and Quild do not want to perpetuate. Two examples: only investing in founders that have graduated from a top-ten US university or in companies headquartered in Silicon Valley.

We reject these because both are more a function of privilege than of personal agency.

Remember, a thread that is shared within venture capital is a desire to change the status quo. Angel investing is no different: each investment is not a bet, but rather a vote for a better future. Invest in the world you want to help create!

Lastly, identifying a potential unicorn is one thing, but getting access to invest in it is another entirely. The wonderful theme of the past few years is the trend of founders wanting more angel investors in their cap table.

This is where platforms like Stonks play an outsized role by helping angel investors invest alongside (and into) the top 0.1% of VCs (and startups).

Exclusivity is to Venture Capital as apple pie is to America—in its very heart, blood, and soul.

We do not consider this a good thing.

We consider exclusivity antithetical to innovation and technological progress.

More, we believe that diversity of both thought and experience drives the leaping emergent effects that change things for the better.

Because of this, we are working to spearhead the mass adoption of quality startup investing by making it approachable, inclusive, and simple.

Instead, we build upon Hustle Fund’s wonderful maxim: great founders and funders can look like anyone and come from anywhere.

For investors large and small, we will serve as the catalyst that transforms them from mere exit liquidity to impactful, early owners.