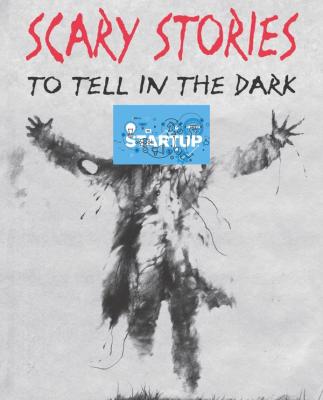 Though I write this missive on Halloween, it’s neither Dracula nor Frankenstein who are frightening investors, founders, and operators.

Rather, something wicked this way comes in the form of skyrocketing interest rates and nosediving company valuations.

From an economic slowdown to geopolitical turmoil, it’s no wonder that many market participants are doing their best Janet Leigh impression…

Above: Markets sure are “Psycho” as of late.

To inoculate myself from the market’s malaise and inflation’s impact, I took the weekend to page through my rolodex of favorite horror movies. From Paranormal Activity to The Purge, Get Out to The Invisible Man, I screamed and shrieked my way towards All Hallows’ Eve.

I thought nothing of my viewing activity until I stumbled upon a timely piece by Bari Weiss. One of the most level-headed, intellectually-honest writers out there, Weiss normally highlights “[h]onest news [and a]uthentic voices” in her aptly-named newsletter Common Sense.

In the spirit of the season (and as luck would have it), her latest is titled “A Halloween Movie Guide from Blumhouse's Jason Blum.” Though worth a read in full, one excerpt stood out in light of my recent movie marathon (emphasis mine):

Jason Blum, of Blumhouse Productions, has been the greatest architect and innovator of the genre for the past two decades. You have him to thank (or blame) for: Paranormal Activity, Get Out, Split, The Invisible Man, The Purge franchise, Happy Death Day, and over a hundred more.

As chance would have it, nearly all of my favorite horror films come from Blum’s extensive opus. As I scratched my intellectual itch—poking around the cob interwebs and ruffling through my overflowing inbox to learn more about this harbinger of horror—I stumbled upon his unique modus operandi.

Blumhouse's company model is to produce films on a small budget, give directors creative freedom, and release films widely through the studio system.

In light of my work at Stonks, I found this fascinating. Rejecting gargantuan budgets, superficial special effects, and A-list stars, Blum instead runs a lean operation ruthlessly focused on expansive distribution and a shared vision.

It then hit me: Blum is a founder’s filmmaker and his firm, Blumhouse, is the Venture Capital firm of Hollywood.

To quote Weiss once again:

Blum’s approach is simple but radical: low budget, high concept. Think of Paranormal Activity, which had a production budget of $15,000 and grossed almost $200 million. Or Get Out, which cost $4.5 million and made $255 million. The first still gives me nightmares. The second I consider the most brilliant movie of the last decade.

The above sounds more Silicon Valley than Tinsel Town. Replace “movie” with “startup” and Paranormal Activity or Get Out with Stripe or SpaceX and the excerpt could come from Crunchbase instead of Weiss’ Common Sense.

And so, inspired by Weiss’ piece, below are five lessons that founders can learn from Jason Blum’s favorite horror films:

We had to pay Paramount to take the movie. It’s a reminder to me to trust my gut instinct. If I really believe in something, I just have to keep trying and trying to get it in front of audiences. This movie also represents the pure and total democratization of filmmaking. All you need is a great idea, a lot of skill, and a lot of willpower.

2) Test and iterate with a low budget and high concept.

Blum on Get Out:

Get Out is one of my favorite horror movies because it's the culmination of Act One of Blumhouse. It was made as inexpensively as possible, the director had creative control, and we could take creative risks. “Get Out” was a script everyone had passed on, really. We went to Jordan Peele and said that if he could make it in our budget—under five million— and we would be in. There are so many things about this movie that would never have made it through traditional studio development: Can you explain the Sunken Place? This family can’t find any better use for this technology than secretly using black bodies? But pretty much everyone who saw it got it.

3) Believe in yourself even if no one else initially does.

I love this movie on its own merits: It’s a perfect psychological thriller that unfurls out from a murder at a motel. But I especially love it because it was the movie that Hitchcock had the most trouble getting made. It was the movie that no one thought would work. And yet it was his most commercially successful movie.

4) The obstacle is the way.

What happens when the thing you most want is also the most dangerous thing for you?

Rosemary’s Baby, to me, is a great example of the way the ending of a story can release all of the meaning that has been pent up for two hours. That is the great responsibility of horror films. The contract with the audience is that this movie will put you through an unpleasant experience but in exchange you will get a huge amount of meaning out of it. Trust me on this one.

Though not from Blum, I would be remiss not to reference “Chief Twit” Elon Musk in light of Twitter’s recent terrors.

The founder may be bizarre and erratic but this is a creative force and they should run the company.…….If someone's the creative force, or one of the creative forces, behind a company, at least they understand which direction to go. Maybe they don't run the ship perfectly. The ship may be a little erratic, and the morale may be mixed. And some parts of the ship aren't working that well. But it's going in the actual right direction. Or you can have a ship that has everything buttoned down. The sails are full. Morale is great. Everyone's cheering. And it's heading straight for the reef.

Rabbi Tarfon once wrote, “You are not obligated to complete the work, but neither are you free to desist from it.”

Heed his sage advice and Just Do It.

If I may quote a previous piece:

Like all projects worth tackling or goals worth hounding, the act of creating both boldly and unreservedly benefits others just as much as—if not more so—than ourselves.

Imagine if Einstein had stayed in the patent office, Shakespeare had put down the quill, or Parks had risen from her seat.

Though we cannot predict whether our various creations will lead to such staggering outcomes as the above, that is perfectly fine.

It is not our job to judge our own work. It is our job to create it, to pour ourselves into it, and to master our craft as best we can.

The means serve as the ends. Like the Olympic Games, the most important thing is not to win, but to take part.

After all, the greatest trap in life is telling yourself that you will do something important later. Excuses create their own inertia and the longer you wait, the harder it becomes.

Later is where dreams go to die. Someday doesn’t exist. Both are figments of the aspirational imagination.

Life isn’t a game of tag; dreams and goals don’t chase you back. Choosing not to do anything is the worst choice of all because your opportunity cost becomes everything. The longer you spend undecided, the greater that cost grows.

You cannot know if you don’t swing, if you keep the bat forever resting on your shoulder. Turn that which is potential into the kinetic; step up to the plate, swing hard, and—BOOM—the next thing you know, you’re rounding the bases. One piece of solid contact could be the home run that defines your year, career, or even life.

To that end, beware and be well!