The Next Chapter for Stonks 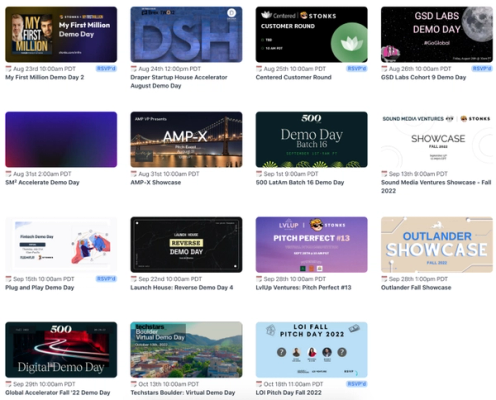 We started Stonks to democratize wealth creation, by letting anyone access VC-grade startup deal-flow. We opened up Demo Days to let investors anywhere access top-tier deals without being in Silicon Valley or exclusive, insider clubs.

But something founders said to me at our very first demo day (done on Zoom) was, “We actually prefer to pitch more privately. A smaller, curated audience is better than a larger, open one. ”

That was hard to reconcile with opening up access. So as many founders do when faced with an intractable problem, I shoved it under the rug.

Over the past few months, the same sentiments have come from our demo day partners too — they too would like an invite-only, more curated audience.

A demo day is only as good as the startups on the stage, and the investors in the audience.

We did curation on the startups and demo day partners, but did nothing with investors.

As a result, many founders were bombarded with tons of intro meetings that resulted in no-shows, low conversions, and junior associates that had little decision-making authority.

There were no consequences for committing to invest, and failing to close repeatedly. Or scheduling a meeting and ghosting the founder. There was no downside as an investor. It’s not their fault either — we designed the platform that way.

It’s easy to celebrate the $100 million that has changed hands on Stonks. It’s harder to accept that funds were only wired 10% of the time.

This is not acceptable — we can do better.

Starting this week, Stonks is becoming an invite-only, curated community. You can’t simply signup. To join, you have to be specially invited by an approved Demo Day partner (such as Techstars, 500, Tachyon), or be invited by an active investor on Stonks (coming soon). 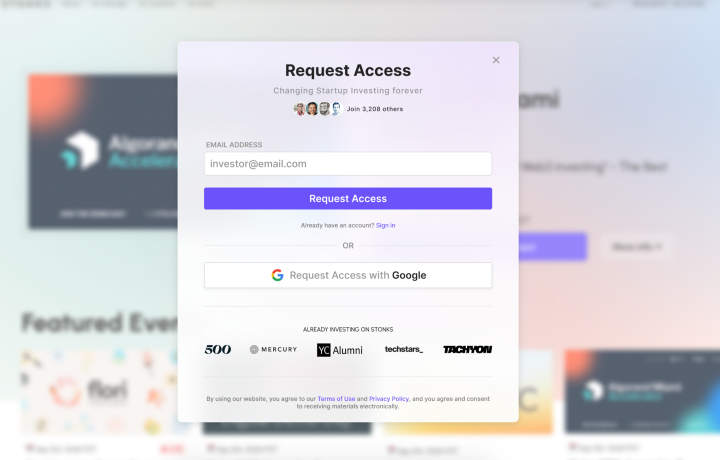 We’re not trying to be elitist. We simply want everyone to value their place in this community. And the best way to do that is by having something you can lose — access that is scarce, and not available by default.

As Hustle Fund says, great founders (and investors, we believe) can come from anywhere, and look like anyone. Stonks will continue to welcome founders, investors and partners from everywhere. But we will have a stricter review process and community standards, and we’ll enforce them (details coming soon).

Note: Existing Stonks users will continue to have access. This change only affects new users applying to join starting this week. We will curate existing users —but more details on that later.

Investors have told us repeatedly that they do not value deals that are shown publicly as highly as they value private dealflow.

The same startup that pitches privately and is interesting to investors loses much of its appeal when listed publicly anywhere. Pitching publicly makes it feel like the startup is out of private options — funding of last resort — and investors don’t want that kind of dealflow.

It’s just how most investors think and behave today 🤷‍♂️

We also have future, upcoming plans to: