Skynet or Bust: The Rise of AI 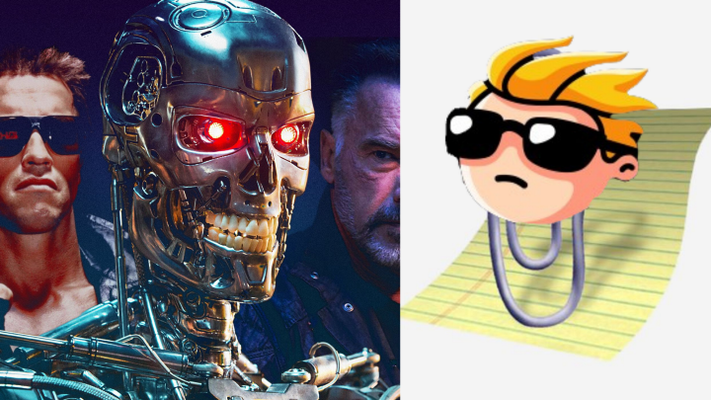 To navigate the overlapping worlds of technology, innovation, and startups is to wade through a great deal of hype and buzz.

The usual suspects are relentless. Much like a pebble in a shoe, they always seem to sneak in there.

You know them and l̶o̶v̶e̶ despise them:

In fact, it’s said that their instances in pitches and presentations outnumber the people Marc Andreessen has blocked on Twitter.

Outperformance as an investor rests upon one’s ability to separate wheat from chaff and tap into the technological tailwinds that lead to paradigm shifts.

Show me a prudent investor and I guarantee he/she has a keen nose for bullsh*t — capable of tuning into signal amidst a sea of noise.

Perhaps no area in technology has more buzz than Artificial Intelligence. From DALL-E to GPT-3 (holy acronyms!), AI is the talk of the proverbial town.

But is this hype or hope?

After all, per a 2019 study from London venture capital firm MMC reported in this article:

Artificial intelligence is one of the most misused terms in tech today, and a new study apparently confirms how hyped the technology has become…40 percent of European startups that are classified as AI companies don’t actually use artificial intelligence in a way that is “material” to their businesses. MMC studied some 2,830 AI startups in 13 EU countries to come to its conclusion, reviewing the “activities, focus, and funding” of each firm.

“In 40 percent of cases we could find no mention of evidence of AI,” MMC head of research David Kelnar, who compiled the report, told Forbes. Kelnar says that this means “companies that people assume and think are AI companies are probably not.”

Despite the above, Stonks friend and talented investor Andrew Unger eloquently argued this in a recent piece:

In many ways, blue whales are like artificial intelligence: they are immensely powerful, they emerged relatively recently, and they are right beneath the surface.

Blue whales also have an extraordinary capacity for learning.

They can remember complex migration routes and adapt their behavior to changes in their environment.

In some ways, they are even smarter than we are.

Finally, both AI and blue whales are right beneath the surface.

We may not see them every day, but they are there, quietly going about their business.

And as we begin to understand them better, we realize just how little we really know about either one.

What does it mean?

Is AI ushering in a Brave New World or is it merely BaaS: Bullsh*t as a service?

What is the smart money doing?

By analyzing these investors’ dealflow, demo day attendance, and more, Stonks has a unique, macroscopic view of both where the market is and where it is going.

Given the rumors of recession, recent activity from the Stonks’ tens of thousands of investors suggests that preferences and interests are beginning to change.

Looking at the top five investment interests by month, we see a distinct shift taking place.

Crypto and Fintech startups have ceded the podium to their peers working on Artificial Intelligence and SaaS: 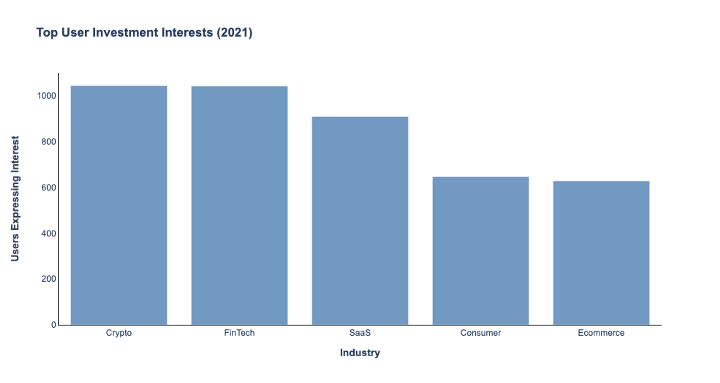 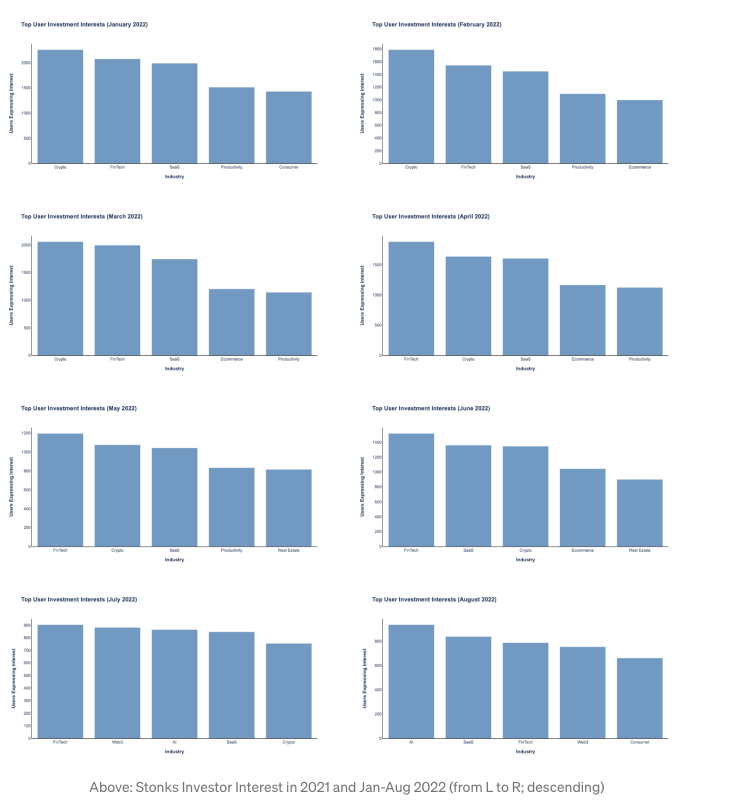 In light of the recent, roaring bull market (RIP), crypto has reigned supreme as the most popular sector — holding the top position throughout 2021 and in the first three months of 2022.

Excluding Fintech’s emergence in April of 2022, interest remained consistent until June of 2022 when SaaS interest subsumed that of Crypto (coinciding with Bitcoin’s fall to $18,948.80 on June 17th).

Interestingly, this is occurring across the entire gamut of Stonk users — Demo Day veterans and neophytes alike. Looking at investment interest as a percentage of new user counts shows AI’s increasing momentum. 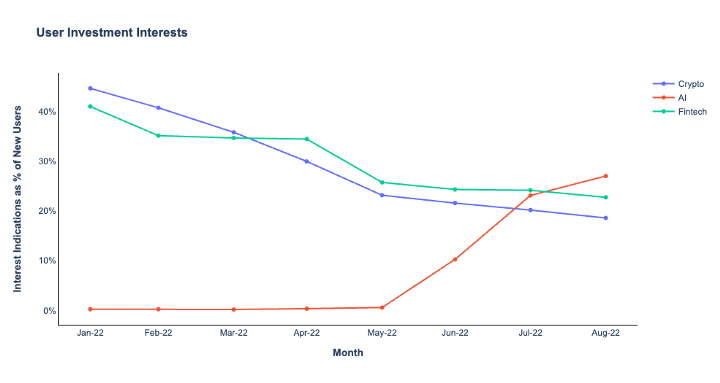 For the first five months of the year, at most ~1% of new users were indicating interest in Artificial Intelligence. This percentage jumped to 10% in June, 23% in July, and current August data puts the latest figure at 27%.

This trend stands in sharp contrast to those seen across both Crypto and Fintech.

The percentages of new users expressing interest in Crypto and Fintech in January 2022 were 45% and 41%, respectively. These percentages continued to fall throughout the year, dropping to 26% and 23% in May 2022 and 23% and 18% in August.

Why is this happening?

A recent Crunchbase article may help explain some of this trend:

Venture investment in AI startups will only continue to rise in the next five years. That’s because AI has finally reached a tipping point where it is powerful and affordable enough to make a real economic impact on diverse industries

Additionally, democratized access to industry-leading machine learning models is making it easier for the general population to experience the benefits of artificial intelligence first-hand. OpenAI’s DALL-E 2 is a prime example; freemium pricing models like the below resemble the sea change that Amazon Web Services ushered in. That is, they help bring complex use-cases mainstream without requiring users to understand the sheer complexity driving underlying models.

As both machine learning and more broadly artificial intelligence become more cost-effective, industry adoption will only go one way: up.

An increase in adoption will only broaden the market and a bigger market will inevitably pave the way for both startups and investors operating within the space.

Recent activity on Stonks is only just starting to indicate a growing interest in AI. If broader trends are any sign, we expect this to continue or perhaps accelerate in the coming months.

Though AI’s transformational impact remains to be seen, one thing is clear: Investors want MOAR AI.

Investors would do well to heed the words of Wayne Gretzskty: “[S]kate to where the puck is going to be, not where it has been.”

Regardless of where either investor interest or the market is headed, Stonks is heading to the moon.