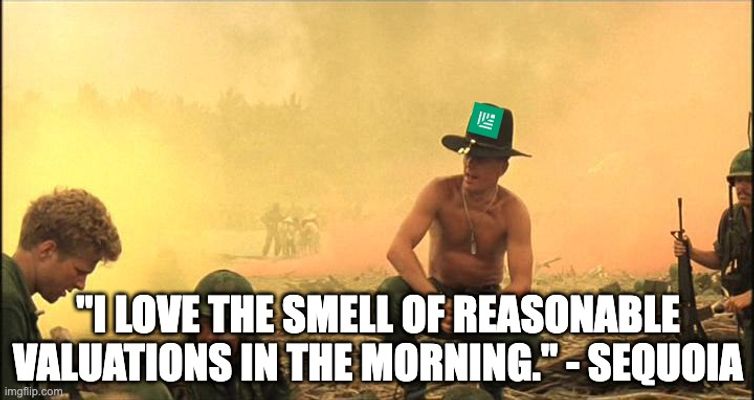 Your favorite VC fund named after a majestic Californian tree is on the fundraising trail for two new U.S. focused funds and it's going well. Sequoia Capital, best known for investments like Apple, Airbnb, Stripe, DoorDash, Snowflake and just about every other big win in the last 50 years - is raising a fresh $2.25B. The first $1.5B is headed towards a growth fund and the other $750M will be deployed into "earlier-stage" deals according to vest-wearing people familiar with the matter.

With public markets down, big investors like endowments and pension funds have been pulling back from venture in an effort to rebalance their exposure. Based on early LP interest though, Sequoia seems to not be playing by the same rules and is pushing forward unbothered. Meanwhile, on the other side of the globe, Sequoia Capital China is in the midst of a historic $8B raise. The "honey badger don't care" video comes to mind.

In May, Sequoia warned its portfolio companies that cheap capital was no longer an option amid the "crucible moment" of uncertainty and change. The reality is that these uncertain times put investors who continue to deploy capital in a much stronger position. There are simply less options for founders. The silver-lining for founders is that the best investors are still here and they're still looking for great founders. They just might want you to rethink that $50M pre-product valuation.