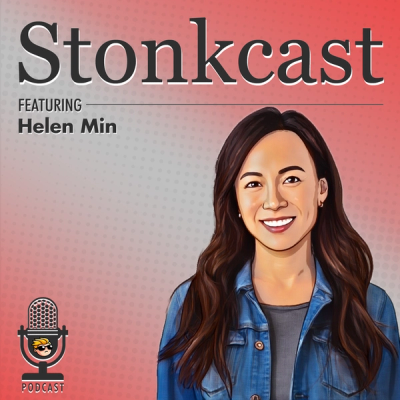 Her journey begins back in 2008, working at Facebook when Meta was mere twinkle in Zuck’s eye. From there, Helen continued to prove her marketing mettle time and time again, heading marketing orgs that scaled startups such as Plaid, Dropbox, Quora, and AngelList to millions of users and billions dollars in enterprise value.

That said, she knows that with this great power comes great responsibility.

Marketing is no more than storytelling and good marketing is vital to a happy ending. In this episode, Stonks CEO Ali Moiz converses with Helen about her early career decisions, favorite Naval-isms, and why art outweighs science in early-stage investing.

For the audiophiles out there, listen, subscribe, rate, et al (you know the drill, people) on either Spotify or Apple.

The ocularly inclined can scroll down for some conversational highlights (nota bene: The below conversation has been lightly edited for clarity).

On picking where to work

People often reference luck and that’s definitely a big part of it. But after a while you start saying “lightning strikes this many times.” In other words, you have to start looking for patterns far and wide. Ironically, I think that being responsible for marketing and communications offers a really unique perspective on two things.

First: The People. Founders and their executive leadership teams must be able to attract and retain top, top, top talent. Being able to look at the leadership team and the founder and say “yes” in response to the following question is vital. Namely, “Are they able to recruit and retain a world-class team?”

Second: The Story. It’s important to be able to envision the inevitability of the company‘s success because of its logic and simplicity. People often discount this. Always be asking “How does the story make sense to customers, VCs, and journalists?”

That’s a funny term. The anti-marketer’s marketer comes from the inbound that I receive from technical founders on Twitter. They often remark that all of the companies for which I’ve worked were founded by technical people and ask, “How did they get so damn good at marketing?!”

The first step is technical founders getting comfortable with the idea of marketing. After all, look no further than Facebook or Google.

Secondly, given the explosion of startups in the last twenty years, there’s much, much more competition. Every company eventually starts to realize. “Oh, I actually have to take the time to differentiate myself and explain what we do very simply” because user’s attention spans are finite and content/competition is infinite.

There are so, so many! And what’s terrific is how you can see each and every one of them on his Twitter!

I personally love the aphorisms where he talks about having calm, clear mind. That said, one that he shared with me personally—when he knew that I was investing—was “Invest more and more but start very slowly.” What he meant by this was both in terms of cadence and check size. Years later, these Naval-isms have compounded for me in both truth and wisdom.

On investing being more art than science

Helen’s advice to founders in this current market

Focus on those things that are absolutely critical to get right in order to reach your next big milestone. Because by then, the market hopefully will have picked up and it will be much, much different then than it is now. In the earliest phase of startups, founders always have to ask: What is the most important thing? What is mission critical? Candidly, there will not be a next round unless you can answer that question clearly and confidently.

Fiercely believe that the world needs your product. Additionally, it is absolutely untrue that the best products always win. Ten years ago founders would have fought me on that, but today I feel like I’m getting a lot more nods. Oftentimes good distribution beats a great product. Act accordingly.