Let the Flowers Bloom: On Protocols and Participation 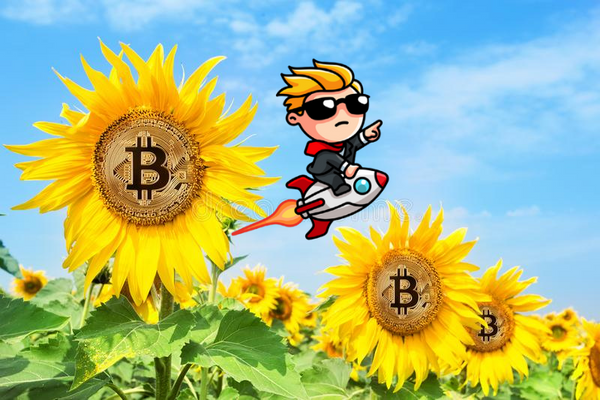 It’s no secret that I have a very public infatuation with all things cryptography, mathematics, and cybersecurity. To me, these three adjacent studies culminate in what engineers, investors, operators, speculators, and spectators alike call Web3. Defined by talented writer and friend of Stonks Packy McCormick as “the internet owned by the builders and users, orchestrated with tokens,” Web3 is not so much entity as it is idea.

I would go even further. To this humble scrivener, Web3 represents the most valuable insurance policy known to man.

Well, Galaxy Investment Partners CEO Michael Novogratz put it well: “The decentralized revolution, which Bitcoin has remained the poster child of, is a response to the breakdown of trust.”

In an age where society’s myriad of emperors and experts wear no clothes, Web3 serves as a credit default swap (i.e. a derivative insurance policy) against governmental overreach, geopolitical turmoil, monetary excess, and political ineptitude.

The disintermediation of trust, from partial third parties to objective mathematics and cryptography, represents an innovation the likes of which I have never seen in my life.

To delve more deeply into decentralization, we turned to Vibecap GP Dave Goldblatt. After a decade at Facebook and his tenure as Wavechat CEO, Dave launched Vibecap. In his words:

AI, Web3, and Deep Science are simultaneously reaching the inflection point of their exponential curves. Couple these technologies with the macro pressures of demographic and climate change, and traditional power structures will fade. By deploying capital to fill this vacuum, there is an opportunity to generate massive wealth through creation of structures that are more equitable, beneficial, transparent and accessible.

It’s 2022. The vast majority of substrates that enable individuals to generate societal impact are permissioned.

You can’t experiment with US monetary policy unless you are a member of the Fed; you can’t have input on Harvard’s undergraduate curriculum unless you’re on its staff.

Centralized systems tend to stifle creativity not only because they reward conformity instead of risk-taking, but more importantly because they disallow orders of magnitude fewer people to create and participate in their systems.

The two most important inventions in the past thousand years - the Printing Press and the Internet - had the largest impact simply because they allowed more participants in traditionally-permissioned systems.

The key reason why simple participation is so massively underrated is because humans are terrible at large numbers. After about 10, our brains break.

By increasing the number of participants by an order of magnitude, you speed up rates of societal progress, generating orders of magnitude more impact than low-participation systems.

What happens when not just systems of media, but systems of science, government, healthcare, education, identity, and finance become borderline permissionless?

In our minds, a Cambrian explosion of creativity, commerce, compassion, and collaboration. Tyler Cowen said it best in Stubborn Attachments:

At Vibe, we’re planting, nurturing, and sowing the systems of permissionlessness that are the seeds of tomorrow’s million flowers.

Reach out at twitter.com/davegoldblatt, and twitter.com/Stonks_dot_com with your responses. We want to know what you think!