How to Lose VC Funding in Five Short Phrases

For better or worse, Venture Capitalists are an easy target.

Let’s be honest—though some love to hate them and others hate to love them—they serve a vital purpose within capital markets. Put simply, they spread their capital out and send it far and wide on a hell of a lot of (ad)ventures.

- The test of a true, novel hypothesis with…
- Enough capital to definitively prove or disprove said hypothesis so as to generate…
- Supporting data that makes it clear that the company is worth 5–10x more than it was before.

Like most things, though simple, it is not easy. After all, the map is seldom the territory.

To hammer this home, below are two things Venture Capital is decidedly not:

- If you are funding a company to “pour gas on the fire” and replicate/scale already-validated results, that is not venture capital.

- If you are funding a company to “run the same, proven playbook” in a different market or geography, that is not venture capital.

This is no value judgment; neither of the above is wrong or bad.

In fact, both serve as a phenomenal way to generate superior returns, especially with copious sums of money. Not to mention, they each serve as indispensable part of properly-functioning capital markets.

It’s just that they are not “Venture Capital.”

Regardless of your thoughts on these adventurous capitalists, pitching them is a precondition for securing their financial, institutional, and social backing.

Pitching VCs is a lot like square dancing. Stay with me here.

To go well, it must be well-choreographed, follow a certain series of arcane rules, and seem a little crazy to onlookers. Much like asking your beau to dance, it’s not just what you say, it’s how you say it.

To learn more about this process, Stonks partnered with the brilliant Norman Winarsky to learn from his experience co-founding Siri (yes, that Siri) and launching more than 70 companies with a total market value of over $70B as President of SRI Ventures.

Norman currently works as VC-in-Residence at Platform Venture Studio. As a Venture Studio, Platform creates and builds startups by partnering with world-class founders. Their role is that of a co-founder. As a co-founder, their primary contribution is labor, not capital. Platform brings its studio team, fund, methodology, and network to bear to significantly increase the chances of success, and decrease the time to get there. They aim to be the best co-founder anyone could ever hope to have: 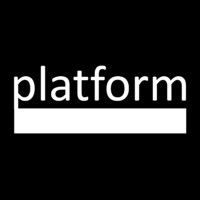 What follow are the very many pitfalls and potholes to avoid in your path to unicorn status. When pitching VCs, avoid these canned clichés at all costs.

When startups seek investment, they often approach VCs in all the wrong ways. In fact, often times these faux pas are so egregious, so damaging that a VC may immediately pass on what might have been a transformational opportunity.

Without further ado, the top five ways to drive away VCs. Over to Norman! 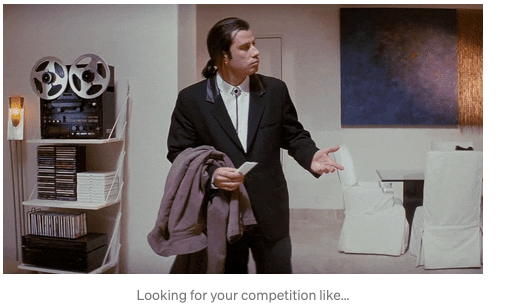 In all my years in the venture world, I have never seen a company that did not have a competitor. If the startup is building in a dynamic market, competition can come from anywhere (much like in four-dimensional chess, no less!).

Many companies may be planning competitive products in their research labs. Other companies may have products that serve similar markets and customers. And others still may want to enter your chosen markets and choose to merely observe what you are doing. They will consider you at the “bleeding edge” of innovation and — as soon as you prove the worth/scale of an opportunity — may copy what you’ve done and overwhelm you with capital and operating expenditure.

The number, size, and agility of competitors is a strong indicator of the opportunity, scale, and activity of a given market. Unless your company IPOs, liquidity events are limited. And no competitor = no acquirer.

2. Spitball something like, “Our market is hundreds of billions of dollars, and we estimate that we will capture 2% of that market in our first three years.” 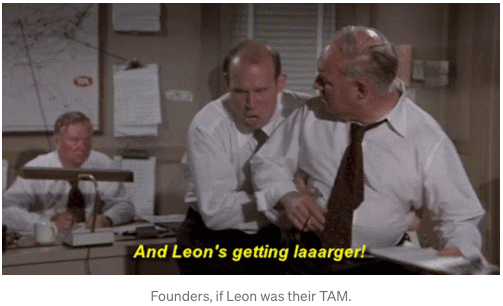 The majority of venture pitches I see fall victim to this fundamental mistake. More specifically, two elements of the above claim really irk VCs. First, when you say hundreds of billions of dollars without giving more precise information, you telegraph that you have not done enough research to understand your own market! Specificity about the total addressable market (TAM), the serviceable available market (SAM), and the service obtainable market (SOM) is a much more compelling strategy.

Second, when you indicate a precise percentage of the market that you plan to capture, you show that you fail to understand how to reach the market.

Just think: how did you come up with 2%? It was purely arbitrary — you simply wanted to claim a small percentage of a very large number (i.e.don’t worry about the opportunity, VC!).

No venture capitalist will believe that. Life is never that easy.

Instead, a venture capitalist will home in on your weak points, thinking:

The best way to give a venture capitalist insight into the market is to build it from the “bottom-up.” Namely:

Far too few ventures employ this bottom-up approach. If you do, you will stand out and are more likely to find success. 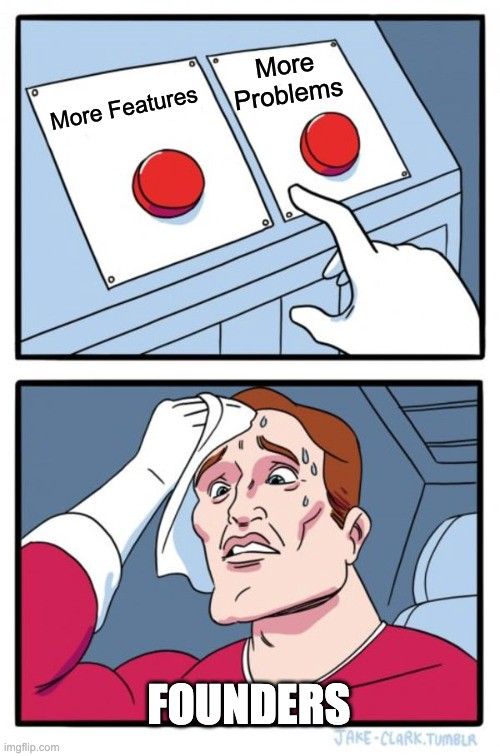 The majority of venture decks contain the following terrible flaw. Usually, an entrepreneur creates a chart with competitors along the top row and features along the side — something like this: 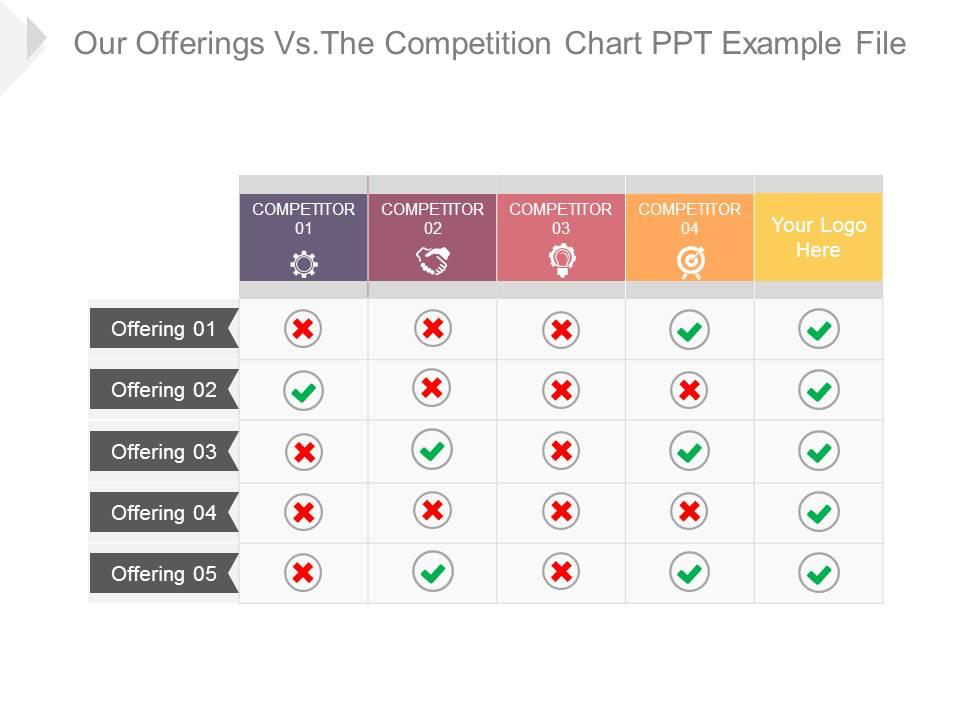 They then mark those cells for which they or competitors have the features. Lo and behold, they always have more check marks than their competitors!

A VC’s answer is often a resounding, “So What?!”

For all I know, one feature might be more important than any other.

Or some features don’t matter at all.

Or none of the features really matter.

If you want to show differentiation, here are two good ways:

4. State that “we outsourced some of our company’s essential elements.”

I recently spoke with a CEO of a company developing a software product that could be used with exercise machines to help a person properly exercise. Using computer vision, the software would recognize an individual’s pose as the individual was exercising. The software would then correct the individual’s pose or motion if necessary. The fundamental advantage of this company’s product was its computer vision’s accuracy.

Unfortunately, the computer vision software was provided by another company…Does this make sense?

It’s hard to imagine how a company could manage this relationship. As the exercise company develops its software over multiple machines, environments, and users, there is almost certainly a constant need for close interaction with that provider. Since a vendor is not part of the core team, this interaction is difficult and likely doomed to failure.

5. State that, “We have not yet decided who will be the CEO.” 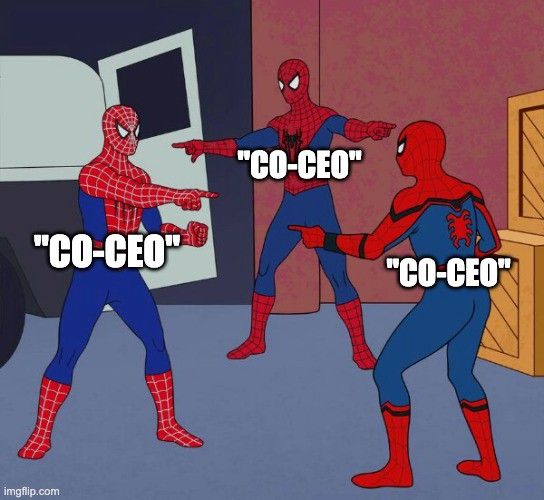 In the past year, I have seen two ventures pitch to me using titles like Founder, Co-Founder, and CTO. In each case, I asked who the CEO was. After an uncomfortable pause, both co-founders said it had not yet been decided. At this point, I had two strong reasons to pass on them.

First, their venture pitch didn’t reveal that they had not yet decided who was the CEO. I had to learn this for myself. That in itself is a major red flag. VCs want the startup team to consider them as a partner, and to provide them with all the important information for making their investment decision. Not revealing an issue that could be a major risk is a reason to walk. If you were getting married, would you keep important information from your future wife? Well, getting an investor is very much like getting married.

Second, this indecision is highly damaging to a startup’s credibility. It indicates that they have not yet worked out an issue vital to the company and its future. Not to mention, it shows a total misunderstanding of how a VC decides to invest in a company.

Any VC I know almost certainly believes that the success of a company is largely dependent on the CEO. The CEO leads the company, sets the culture, recruits and manages the team, defines and executes the strategy guided by winning metrics- and much more. A VC would never invest in a company without knowing who the CEO was.

Remember that when you present your venture to a VC, what you know about the elements of building your company is crucial to their decision as to whether they will invest. Great venture concepts are not useful if you’re not able to execute your plan.

The five wrong things to say to a VC that I describe in this post are only the beginning. VCs are not just considering the quality of your venture concept and the level of investment to make in your company. They are deciding if you and the team are a good partner, great leaders, hard workers, knowledgeable about what it takes to build a great venture, and anxious to learn.

Stonks puts the FUN in fundraising.

Whether via demo days or fee/carry-free funds, we make your trip to startup nirvana simple, seamless, and Stonky.

Put simply, Stonks makes it easier than ever to explore, connect with, and invest in the very best global startup deals. Startups, partners, and investors of all kinds can benefit from our quality deal flow and unique approach to Venture Capital.