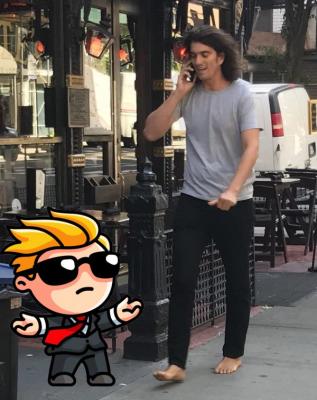 For this article, Stonks partnered with the incredibly talented Glo Robinson. A former founder, Glo now consults on both product strategy and marketing for a variety of early-stage startups.

To call Adam Neumann controversial is to state that the sky is blue, grass is green, or water is wet. It is no more than obvious, hackneyed truism. 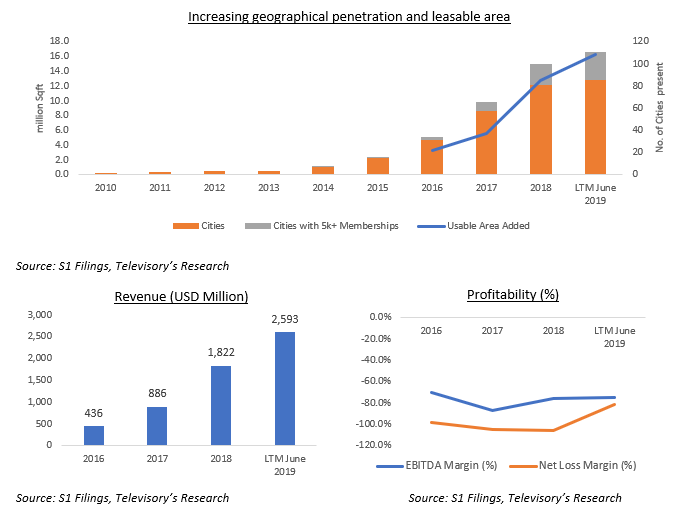 The eccentric and quixotic — though undoubtedly brilliant — founder is no stranger to controversy, condemnation, and critique.

Though his reputation as founder remains up for debate, one thing is for sure: he is both masterful marketer and captivating storyteller.

All this preamble begs the following questions:

Neumann’s second act is a pre-launch real estate startup called Flow. In return for a16z’s single largest investment ($350 million, for those counting), the firm gained an undisclosed equity stake in this latest venture and ownership of an unspecified percentage of Neumann’s vast apartment holdings.

Though Neumann infamously—yet creatively—invented Community-Adjusted EBITDA and bought a Gulfstream G650ER during his tenure at WeWork, he’s now back and better-funded than ever.

Equipped with Flow’s mammoth pre-seed investment, Neumann will likely grow via blitzscaling, the practice of rapidly deploying large sums of capital to prioritize growth over efficiency in order to be a major, first-to-market disruptor.

Though this calls to mind the cautionary tale of Softbank’s Vision Fund investment in WeWork (i.e. Softbank invested nearly $11 billion in WeWork and still faces a loss in the tens of billions), Neumann has proven that he can run this playbook as well as anybody.

As Marc Andreessen wrote when disclosing the investment:

Adam is a visionary leader who revolutionized the second largest asset class in the world — commercial real estate — by bringing community and brand to an industry in which neither existed before. Adam, and the story of WeWork, have been exhaustively chronicled, analyzed, and fictionalized — sometimes accurately. For all the energy put into covering the story, it’s often under appreciated that only one person has fundamentally redesigned the office experience and led a paradigm-changing global company in the process: Adam Neumann. We understand how difficult it is to build something like this and we love seeing repeat-founders build on past successes by growing from lessons learned. For Adam, the successes and lessons are plenty and we are excited to go on this journey with him and his colleagues building the future of living.

Per the above, Neumann’s “lessons learned” from WeWork and replicable winner-take-all marketing strategy convinced seasoned investors that his pre-revenue idea was worth nine figures. All this during a time when investors are pulling back and interest rates are soaring.

By appealing to consumers’ hearts with a whole host of heady tactics.

Below, we examine Neumann’s innovative approach to scaling via emotive marketing.

One might wonder how Neumann successfully convinced Corporate America to embrace commune over cubicle. Well, there’s an interdisciplinary modus opernadi at work here.

Put simply, WeWork sells office space as though it were a skin care product.

Stay with me here!

As consumers, we need justification in order to spend an exorbitant amount for an inanimate object. WeWork achieved this by claiming that its tasteful office space transformed the work experience by “increasing productivity levels. This is much like how Glossier claims their face cleanser not only protects you from the sun, but also “nourishes” your skin.

Let’s break down the glaring similarities between WeWork selling a co-working space, and Glossier a face cleanser. 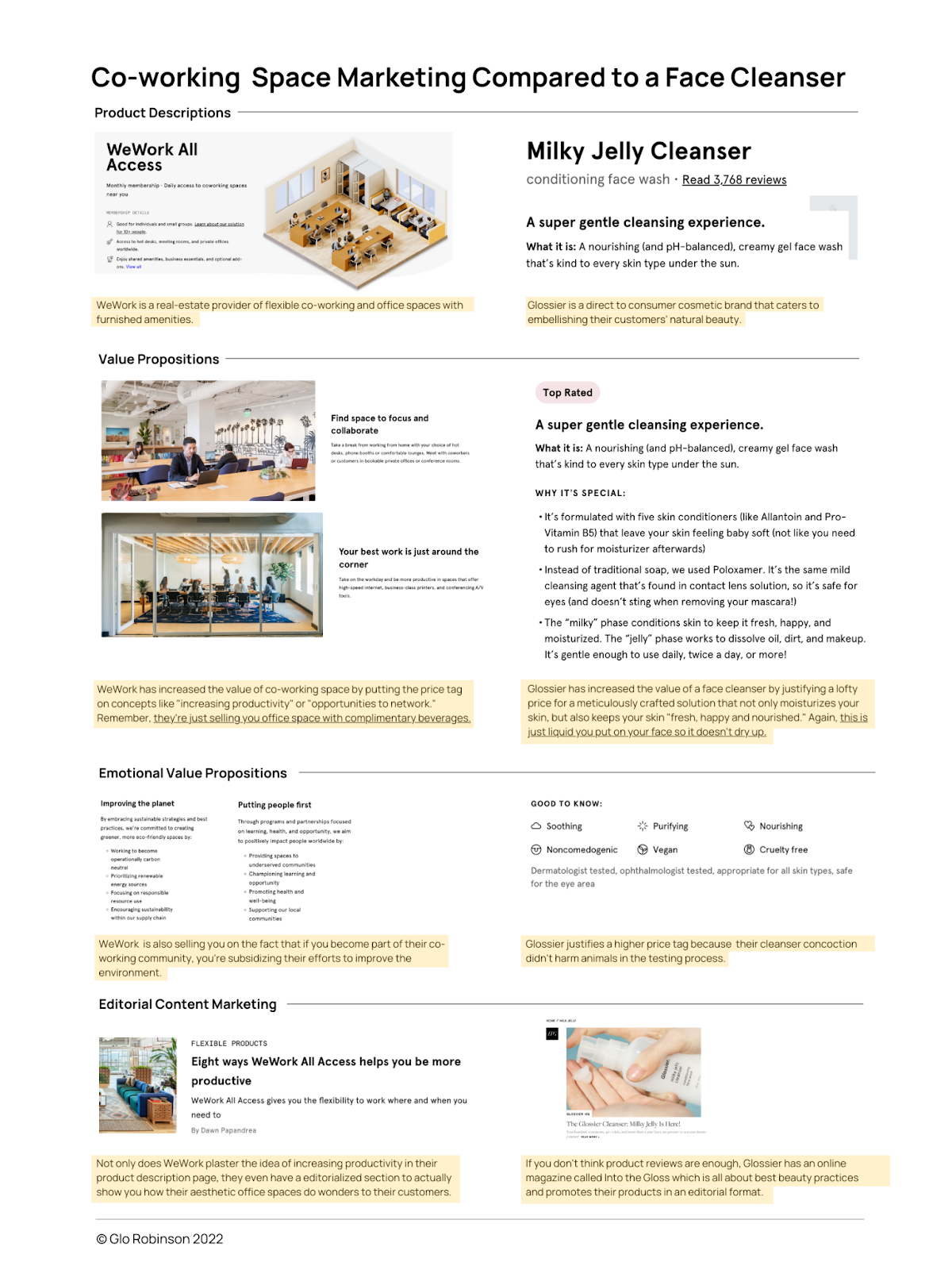 From “Elevating the World’s Consciousness” to “Solving Socioeconomic Struggle”

As of now, Neumann and a16z have kept the inner workings of Flow under wraps. Thanks to Recode, we know that the real estate startup aims to provide “short-term apartments with company-provided financing where [customers] could grow [their] ownership stake the longer [they] live there.”

It’s no secret that the sclerotic monolith that is US residential real estate is begging to be disrupted. From a pervasive housing shortage to the post-COVID reality of working from home to the nationwide affordability crisis, there exist a myriad of deep-rooted, systemic issues that make shelter a thorn in many renters’ sides.

Neumann’s genius is how he paints Flow as panacea for all of the above (and more!).

[C]onnecting people through transforming their physical spaces and building communities where people spend the most time: their homes. Residential real estate — the world’s largest asset class — is ready for exactly this change.

Shelter is one of our most basic needs. In a world where limited access to home ownership continues to be a driving force behind inequality and anxiety, giving renters a sense of security, community, and genuine ownership has transformative power for our society. When you care for people at their home and provide them with a sense of physical and financial security, you empower them to do more and build things. Solving this problem is key to increasing opportunity for everyone.

The above reads more like gospel than memo. I challenge you to find any other investment whose press release boasts such grandiose, soaring language. This is a feature, not a bug, and therein lies the rub.

For this is exactly the point.

Neumann’s charisma rivals the potency of fruit punch served at a frat party. He has the rare ability to make people feel like as though their dollars—and his revenue—are contributing to a grand cause that both brings people together and furthers societal progress.

The association of shelter with community serves as Flow’s foundational principle. Neumann will win if he can reframe the static as dynamic, and the inanimate as living and breathing.

Like the best salespeople, he sells outcomes instead of features.

WeWork’s unlimited coffee, its beer on tap, quote-adorned walls (e.g. “Do What You Love”), and Instagram-worthy decor promised a better way of working.

But that’s not all.

Neumann has also capitalized on the lasting embers of the web3 bull market bonfire. In addition to buying up “affordable housing developments” in Nashville, Miami, and Atlanta, he has simultaneously purchased acres of forestland near the equator. According to the Financial Times, Neumann hopes to tokenize carbon credits for companies looking to offset their emissions with a separate venture called Flowcarbon (which is also backed by a16z).

We must logically wonder: how is carbon-offsetting related to a real estate startup trying to solve both the wealth gap and housing shortage?

Well, what if there was a blockchain-based solution that allowed you to cheaply and easily pay rent in crypt?

What if you were then incentivized by a token reward program that not only saved you money, but also captured carbon?

This elegant, suggestive framing produces a powerful, emotive response. Seen in this light, Flow evolves into a larger-than-life solution that could provide community, solve the housing crisis, mitigate the wealth gap, and save the planet. What’s more is that by investing in, doing business with, partnering alongside, or renting from Flow, by association you too are doing all of these things.

WeWork is announcing The We Company, bringing all of our business ambitions together to operate in service of how we work, how we live, and how we grow.

The We Company‘s guiding mission will be to elevate the world’s consciousness. Living a conscious life means choosing to live proactively and with purpose. It means being a student of life, for life, where we accept that we are always growing and in a constant state of self-discovery, self-growth, and change.

Let’s break down it down: 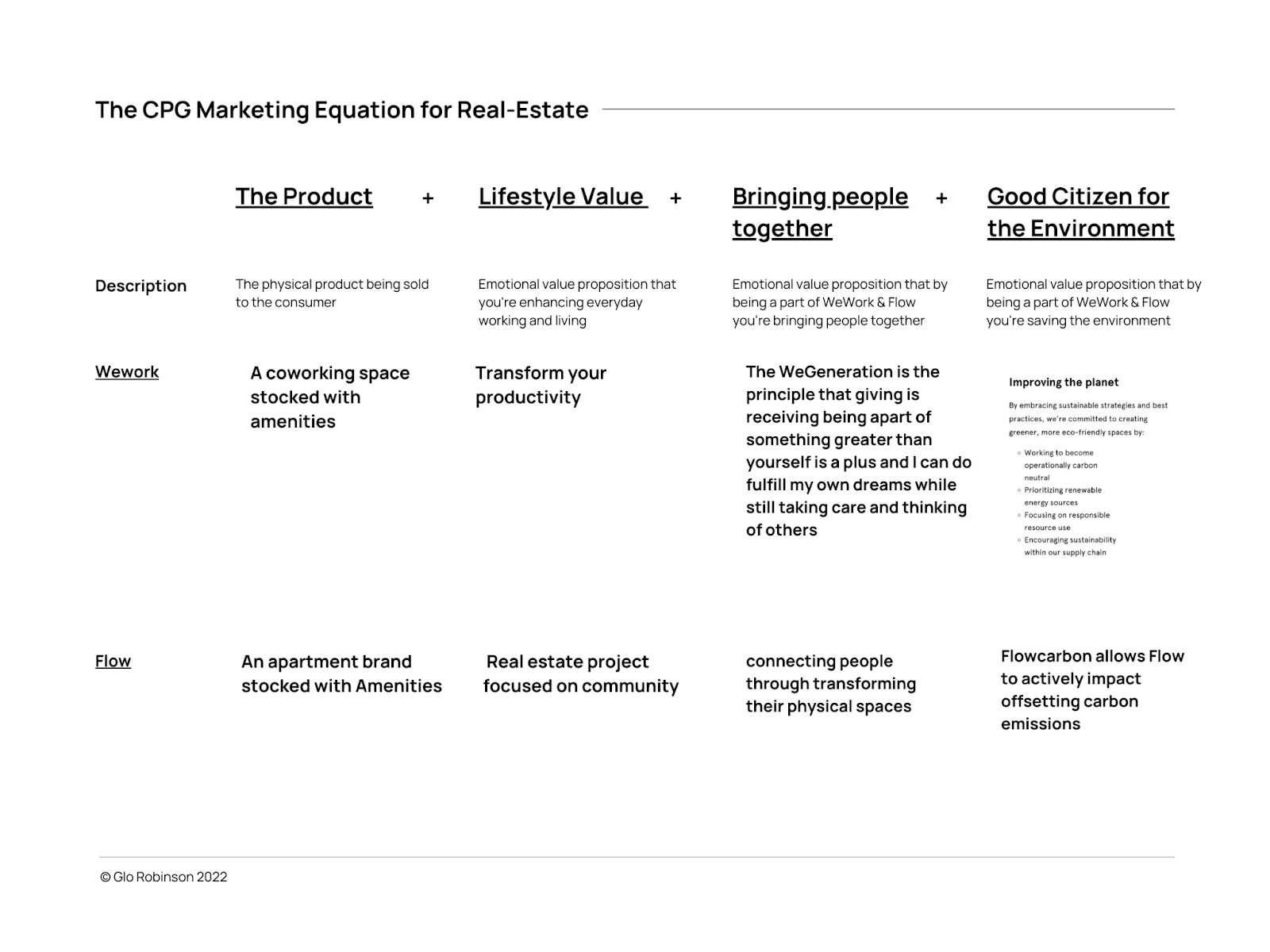 Neumann already pulled one rabbit out of his hat by convincing tech workers that WeWork could exponentially increase both their productivity and quality of life.

If Flow can foster robust community like few subdivisions or apartment complexes before—Neumann will have made lightning strike twice.

With this second act, he provides two key lessons about the past, current, and future state of founding, building, and scaling startups.

As Marcel Proust once wrote, “The real voyage of discovery consists not in seeking new landscapes but in having new eyes.” Neumann enabled investors and customers alike to see the commercial real estate industry in a brand new light.

Neumann’s brilliance was and is his ability to build an emotional bond by attaching a story to his product and service.

By selling outcomes instead of features and tapping into emotions instead of value, founders can borrow the ace up Neumann’s sleeve and work their own magic.

Just do us a favor and steer clear of the world’s consciousness please.