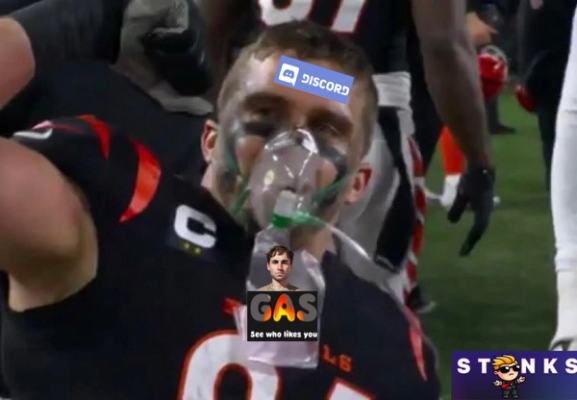 As token millennial in his thirties, Gen Z as a whole confounds me. Nearly all of the individuals born from 1997 to 2012 resemble a Rubik's Cube: interesting and colorful, but impossible to solve.
More confusing than anything is Gen Z's inscrutable vernacular. From bussin' to cheugy, finna to cap—yes, these are all real words—it's all Greek to this humble newsletter writer.
I mention all this because one person seems to have cracked the Gen Z code: Nikita Bier. Former founder of the TBH App (acquired by Facebook in 2017), Nikita is both Twitter troll and degen dev.
For this Gen Z-Whisperer, one viral app (and lucrative sale) wasn't nearly enough. He has done it again by selling his red-hot Gas app to Discord for an undisclosed sum.
Per The Verge:

"The poll-based app has become popular among teens in recent months, allowing friends to share compliments with each other. The app is designed for anonymous compliments and positive affirmations or, as kids say, gassing your friends up.

Gas has polls that ask users to vote for things like the most beautiful person they’ve met or the classmate that isn’t afraid to get in trouble. It has soared in popularity among high schoolers since launching in August. One of the co-creators of TBH, a very similar teenager app acquired and shut down by Facebook, created Gas, which has caught the attention of more than 1 million daily active users and 30,000 new users per hour in October."
Urban Dictionary—the Merriam-Webster of the internet—defines "gas up" as the following:

Few things can inflate the ego more than one (rumored) eight-figure exit, let alone two. Did I mention that the app is a mere six months old and is crewed by a small team (four employees as of October 2022)?

Forget data, I suppose t(w)een eyeballs are the new oil.

What do you think? A premium acquisition or a low octane one? 🥁🥁🥁

Let us know by joining the conversation on Twitter.