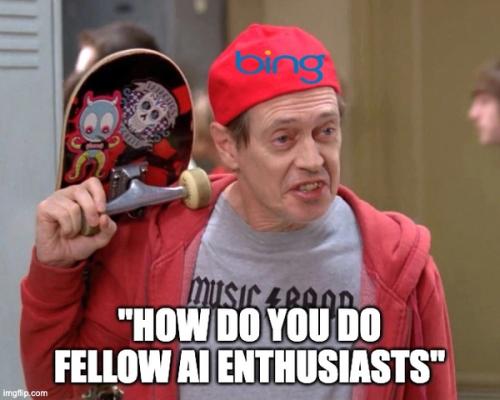 On Monday, The Information's Aaron Holmes dropped a scoop that Microsoft is teaming up with OpenAI to release a "ChatGPT-Powered Bing" to challenge Google before the end of March. This comes on the back of Microsoft investing over $1B into OpenAI back in 2019 and in the midst of their "advanced talks" to make another significant investment.

Earlier in December I covered ChatGPT and OpenAI as they ushered in the current AI "next hot thing in startupland" phase we live in today. One of the most interesting things to me about the OpenAI story is their "capped-profit" legal structure and mission pillars of Broadly Distributed Benefits, Long-Term Safety, Technical Leadership, and Cooperative Orientation.

Does any of that matter if Microsoft owns a considerable amount of it?

If Microsoft has a seat (or multiple seats) at the table, it seems like it will be hard to adhere to these principals. Especially considering that Microsoft definitely doesn't have a history of "Cooperative Orientation" and tends to lean more in the direction of "Cold-Blooded Tech Monopoly" to the benefit of their stock-holders.

Please don't take this as me wagging my finger at Microsoft. To channel Peter Thiel, monopolies are what winning looks like and the ability to one day rake in monopoly profits is the prize every startup fights for.

Rather, what I see here is a reminder of scale and power in the tech ecosystem. OpenAI is rumored to be valued in the "tens of billions of dollars" while Microsoft clocked in today at $1.67T. In other words, Open AI is small potatoes compared to Microsoft.

If OpenAI is doing something foundationally important for tech - which seems to be the case - Big Tech isn't going to just let them push along unchecked no matter how well intentioned their mission might be. Big Tech is going to make sure they get their piece and/or own the whole pie.

It's not evil. It's their fiduciary responsibility to $MSFT shareholders.

As we sober up after a few years of free flowing investor cash in the private markets, I expect to see more of these moves. We may be in a recession, but Microsoft pulled in $83B of Operating Income in 2022. With less VCs at the table - especially in the later stages - it's much harder to ignore serious acquisition offers and those "strategics" are going to start looking a lot less like selling your soul and a lot more like survival.

I suspect that the only Chance and Community Chest cards to avoid for players like Microsoft, Apple, and Google will be the "go directly to jail" antitrust case.

Do not pass go. Do not collect OpenAI for $30B.