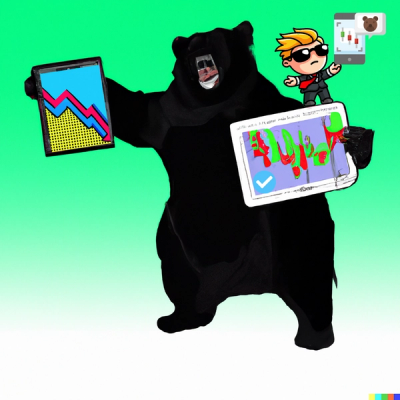 Since our founding almost two years ago, Stonks has hosted dozens of events, featured hundreds of startups, and facilitated hundreds—of millions—of dollars worth of investment.

As you can imagine, all of that activity has  produced a veritable deluge of data—more so than this humble writer could ever make sense of (let alone sift through!). In light of this, we called in the calvary: Daniel Parris. A San Francisco-based data scientist and data journalist, Daniel spent the last 6+ years working at DoorDash, joining the company when it was ~150 employees, and most recently launched Stat Significant, a weekly newsletter for data-centric essays about movies, television, sports, tech, and more. 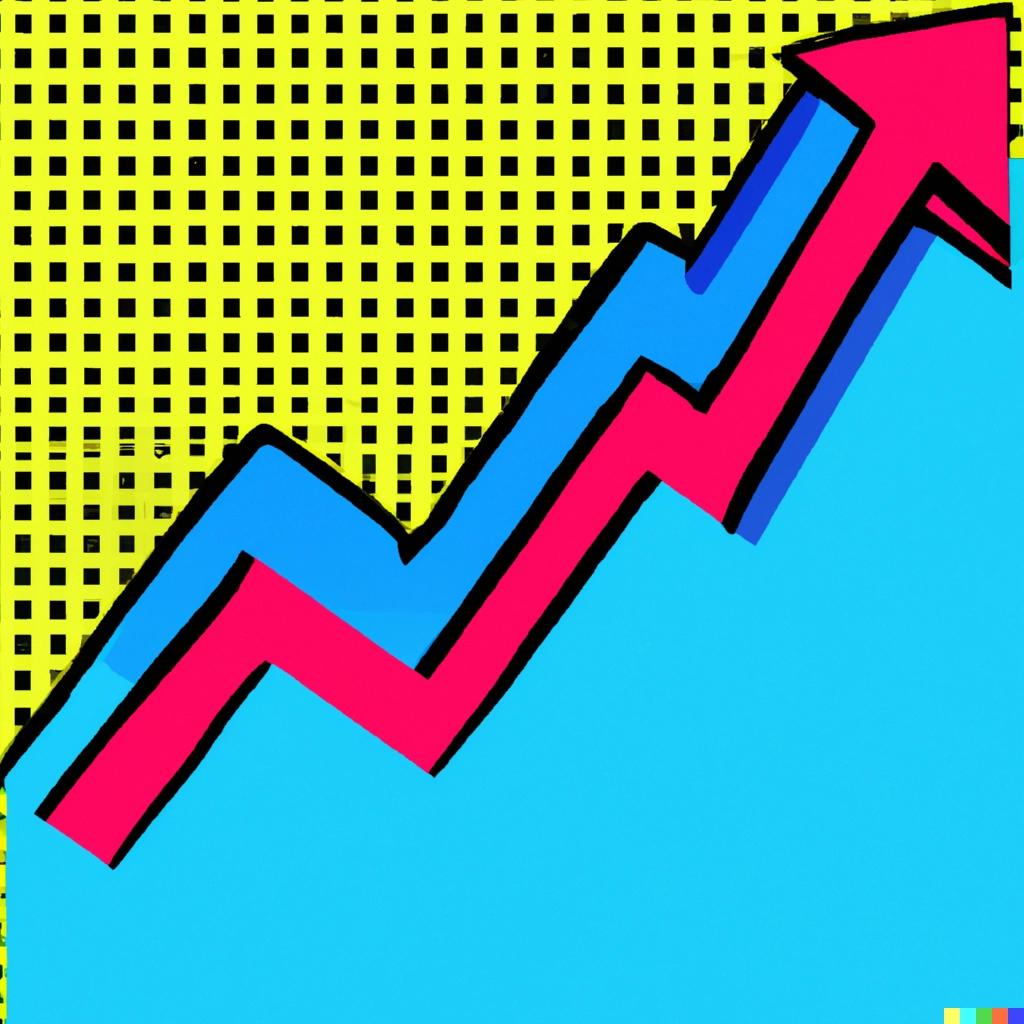 On Venture Capital and “Being Early”

More than anything, venture capital—and its quest for power law returns—strives to be early.

If you were a venture capitalist in the 90s, being early meant funding PayPal, Amazon, or another dot-com that didn’t go bust (or IPO-ed and then went bust).

For financiers in the mid-2000s, being early meant investing in Twitter, Facebook, or some other emergent social media startup. 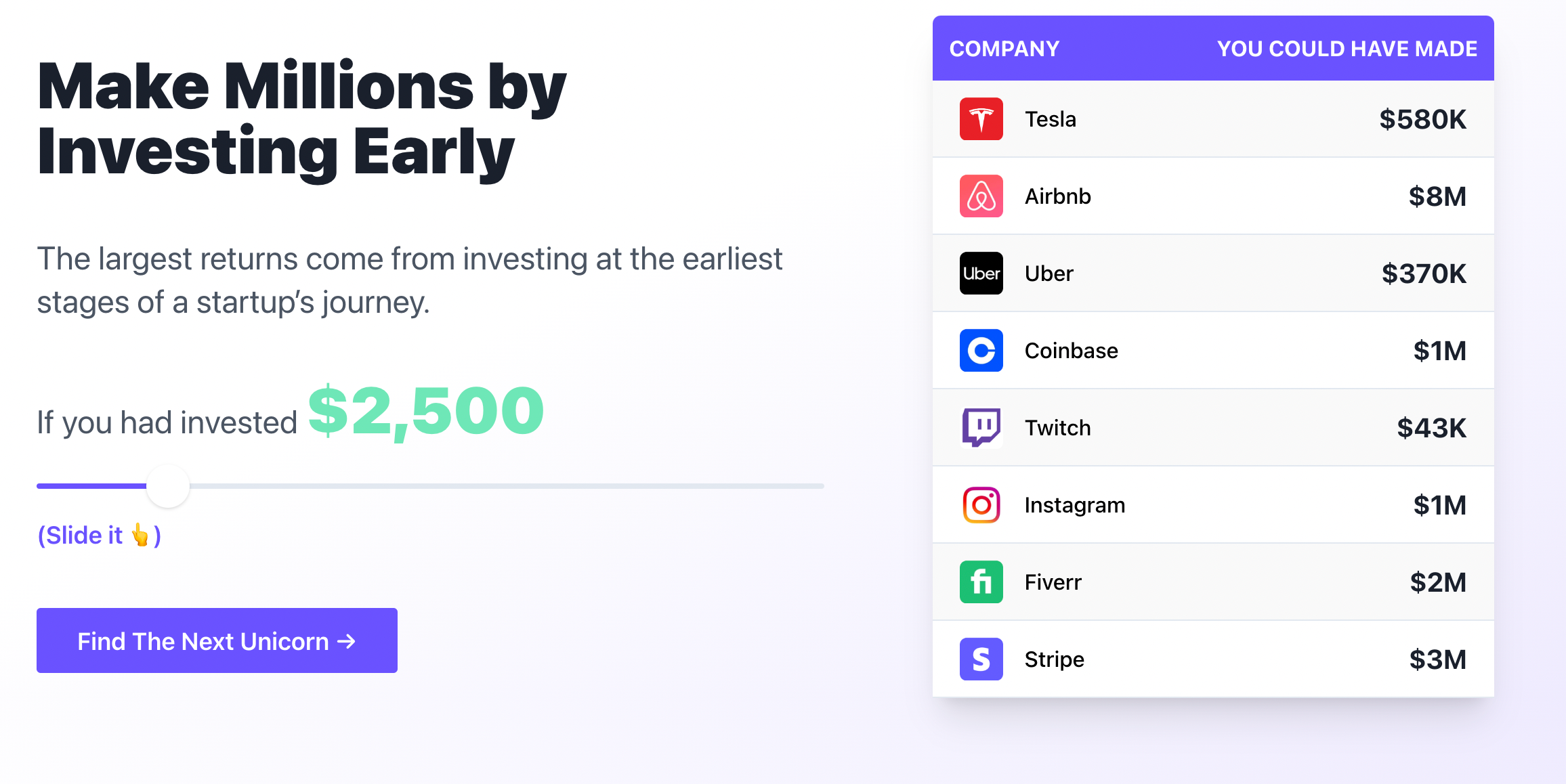 But “early” more resembles a moving target, as the handful of markets given this designation changes from year to year. Emergent technologies (and their frothy funding environments) develop cyclically, with inevitable expansions and recessions.

The dot-com bubble popped following the implosion of Pets.com, Webvan, and eToys.com, and social media funding slowed after startups like Meerkat, Vine, Houseparty, and YikYak failed.

2022 saw a recession within the tech sector, as once-ascendent startups faced layoffs, shutdowns, and a funding deceleration. And yet, the world turns — entrepreneurs are founding companies and VCs still do stuff (I think?). So where has the moveable feast of venture capital migrated? And what is the latest “early” market?

Methodology: Where Has the Money Gone?

Our goal is to track changes in startup creation and funding throughout 2022. This post was crafted in partnership with The Premoney List and Stat Significant, and uses data from the Stonks platform over the past twelve months.

Though the dataset is invaluable, we ought not interpret our findings as a 1:1 reflection of investing activity for, say, Khosla Ventures, Sequoia Capital, or some other Silicon Valley VC.

What Startups are Being Created?

So what changes have we seen in founder activity over the past year? In comparing Q2 Stonks activity to Q4 activity, we see a decline in climate, crypto, and social-focused startups raising capital.

The decline in crypto ventures reads as inevitable, given collapsing digital asset prices and a handful of infamous project blow-ups. However, the pronounced plunge in climate tech is harder to explain. Climate change has not been solved, at least to my knowledge. Climate ventures may lack appeal in a bear market, or perhaps it's just noise in our dataset.

Moving on to verticals with burgeoning founder activity, the clear winner is AI:

Examining Stonks fundraising in the back half of the year, AI startup activity explodes in June (from literally zero), as considerable platform activity materializes following the launch of buzzy generative AI projects like Dall-E: 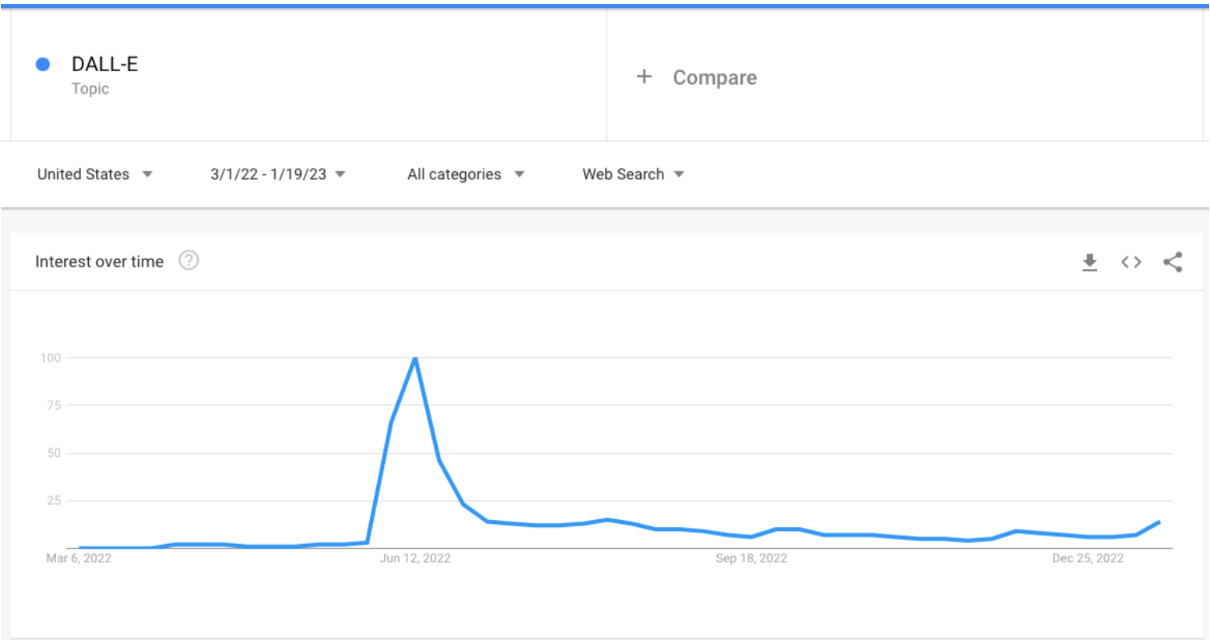 Where Are Investors Putting Their Money?

I often imagine some clandestine meeting where all Bay Area entrepreneurs and venture capitalists agreed upon 15-minute Big Mac delivery as a high-priority issue. Then, like magic, Pandora's box opened and out sprang infinite food delivery. Over time, the plethora of startups tackling last-mile logistics waned to a key three or four firms, and founding and funding activity slowed to a crawl. The food delivery market had matured and on-demand startups were no longer perceived as a source of supranormal returns.

Looking at verticals of declining deal interest, we can see a clear-cut contraction in funding activity for crypto and crypto-adjacent startups (gaming, creator, Web3):

In reading the tea leaves of declining deal interest, I'm reminded of Coinbase's most recent advertising campaign. The ad features a slew of tweets from 2013 to the present proclaiming crypto dead. The promo ends with Coinbase remarking, "crypto is dead. Long live crypto." The takeaway is that this most recent crash is simply a moment in time — a tiny blip in a never-ending tale of number-go-up. That could be the case, but this most recent bull run welcomed a bevy of new capital from institutional and retail investors, many of whom lost big.

AI has exploded into the zeitgeist, with prominent applications going viral almost overnight.

Such ads intended to make artificial intelligence accessible to the average television viewer (they usually played during NFL games). AI helps us make delicious beer — surely, it will improve our world! Well, the intention of those advertisements is now fully realized. Following the launch of Dall-E and Chat-GPT, humans (of which investors are a subset) are beginning to comprehend the power of AI.

Final Thoughts: A Changing of the Guard.

I spent some time consulting in the wild west that was crypto venture capital at the beginning of 2022. During this period, Web3 was on the up and up. Sam Bankman-Fried was an American hero, and NFTs were minting anything and everything on the blockchain. The most memorable pitch came in the form of a seven-slide PowerPoint deck where a pre-product and pre-seed company commanded a $60M valuation — such asks were commonplace at the time.

When it comes to supranormal returns, spray-and-pray investing in an early market of great promise sometimes beats meticulous evaluation in a developed space. There was a time when crypto companies could raise tens of millions of dollars with a strong team, a handful of slides, and an expansively glorious vision of a decentralized future. Such was a time of great expectations, and it may return one day if Coinbase's cyclicality thesis proves true.

So does the recent pullback in funding mean all crypto investments were a mistake? No. Web3 startups raised considerable capital over the past few years, and many of these companies will probably achieve significant returns. Instead, AI has seemingly usurped crypto as the hot early market rife for exceptional returns.

Competition for startup funding and founding poses a zero-sum game, as both capital and willing founders are fixed resources. Venture funding can only go so many places, and founders typically start one company at a time (unless they’re Jack Dorsey or Elon Musk). Artificial intelligence has captivated investor and entrepreneur mindshare and will continue to do so until the market grows saturated (which could be a while) or the next big thing arrives to take its place.

Stat Significant is a weekly newsletter featuring data-centric essays about culture, economics, sports, statistics, and more.
Recent essays include: ​​How has music changed since the 1950s? How do the holidays impact engineering productivity? Are Best Picture winners getting worse?