1517 Fund Partner Zak Slayback is Backing the Dropouts and Renegades 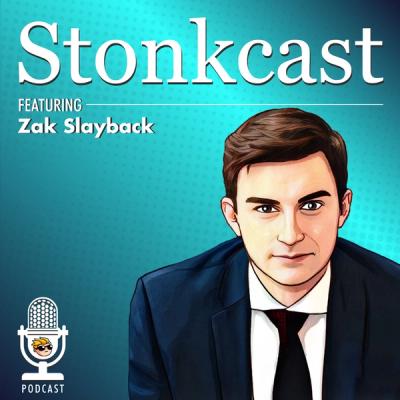 Apple's 1997 Think Different campaign came into being a short time after Steve Jobs returned to the company he founded. It began with these powerful words:

"Here's to the crazy ones, the misfits, the rebels, the troublemakers, the round pegs in the square holes ... the ones who see things differently -- they're not fond of rules, and they have no respect for the status quo. ... You can quote them, disagree with them, glorify or vilify them, but the only thing you can't do is ignore them because they change things. ... They push the human race forward, and while some may see them as the crazy ones, we see genius, because the people who are crazy enough to think that they can change the world, are the ones who do."

Zak Slayback, for one, has heeded Jobs’ timeless call. As Partner at 1517 Fund, he invests in innovators aiming for 10x outcomes.

In this conversation with Stonks CEO Ali Moiz, Zak breaks down 1517’s belief in “dropouts, renegades, and deep tech scientists” and lays out his work helping them thrive in the Wild West that is the VC world.

Just ten minutes into this episode, you may well find yourself staring off into space with your mouth agape as you contemplate how far Zak and the 1517 team have traveled in such a short period of time. Chock full of compelling anecdotes about science fiction fact, Zak dives into his relationship with a founder named Tony Stark, who styles himself exactly after the Marvel superhero.

For the audiophiles out there, listen, subscribe, rate, et al (you know the drill people!) on either Spotify or Apple.

The ocularly-inclined can scroll down for some conversational highlights

Nota bene: The below conversation has been lightly edited for clarity and Stonkyness.

Most funds have two teams with different archetypes. One is full of folks coming out of Stanford, MIT, or something like that. The other is often full of degree-less, seasoned builders.

Ironically, most LPs, founders, et al—for whatever reason—focus on the former moreso than the latter.

We believe that's fundamentally not the way to do good investing. If you're index investing across all founders and you're writing thousands and thousands of checks, maybe that would track well. But if you're constructing a venture portfolio or an angel portfolio you really have to look for founders that other people are often disregarding. We're fishing in clear blue waters.

On the Two Variables of Founders:

I find that these renegade founders fall into two buckets.

There are, generally, those who didn't go pursue credentials because of some reason that didn't make sense for either their career or academic predilection.

Then you have another group, people who don't pursue credentials primarily for opportunity cost reasons. We tend to see that most of our founders belong to the latter category.

Now, there is some overlap; these aren't mutually exclusive categories, but you find:

B) They really, really believe in what they're working on.

That said, believing in what you are working on isn’t enough to make a good startup, right?

I've talked to lots of people who are like, “this is a startup that I'm working on [it’s] Uber for Yorkie collar deliveries in this zip code and I want to drop out of school.”

Candidly, maybe you should think about that before you make a radical, rash decision to drop out or work on it full time.

But, a lot of the founders we work with do get to the place where they are laser-focused on building up their companies. And the choice is just simply between going to school or passing up on the opportunity to work on this project or work for this company.

On Whether SaaS Moves the Needle

Those companies can be great companies, and for the right kind of investor who is really excited about them, I think that they are wonderful companies to pursue and add to a diversified portfolio.

We have some SaaS companies; I'd say maybe even a third of our portfolio is some kind of software. But more and more, we're spending a great deal of time on the hard problems: both deep tech and deep tech-adjacent stuff.

It’s where we are in the cycle and the serious problems that founders out there are trying to solve really cannot wait.

One of the traits we look for in founders is what we call the “Friday Night Dyson Sphere.”

It's the ability to think about a really big problem, like a stupidly big, serious problem that they want to solve maybe 10, 15, or 20 years down the line. Given that time horizon, it’s pretty far off to think seriously about that problem. Most people wouldn't.

That said, the founders we like to back are able to tell us what they are doing on Friday night to be able to fix that very problem.

Lots of people await these interesting solutions and envision them as 20, 30 years. Few can tell you what they are personally doing this week to make it happen. We bet on those few.

On His Advice to Founders:

For founders, my advice is: Focus on trying to de-risk as much as possible either by doing one or two things very well.

At the height of the mania, you had a lot of people with genius ideas, a little bit of customer discovery, and maybe one very early pilot customer. They were able to draw the narrative to build excitement among some syndicates and some incubators that were out there that were then able to help them move along in the cycle.

Well, doing customer discovery is actually really hard. I always encourage founders to talk to 100 potential customers before trying to raise money, and part of that is because you want to know what your customers are thinking about like the back of your hand. But also part of it is to let the investor know that you're somebody who's able to pick up the phone a hundred times, probably a thousand times, if you're actually cold calling in order to get 100 customers.

Thorough customer discovery is also great because if for whatever reason you either need to pivot or your fundraising dries up, you can usually find another revenue source from your customers. Then you're getting paying customers. That’s the key.